Two 19-year-old men are wanted for their alleged roles in a homicide in Scarborough last week, Toronto police say.

Police say Aasif Patel and Wariskhan Pathan are charged with first-degree murder in the slaying of 23-year-old Lorenzo Martinez.

The men are considered to be armed and dangerous, police say.

Martinez was gunned down in the lobby of an apartment block at 70 Stevenvale Dr., near Lawrence Avenue and Markham Road, last Friday at about 7:50 p.m.

Police released photos of Patel and Pathan on Tuesday as part of a public plea for tips to locate and arrest them.

Pathan now has short hair pulled back into a short ponytail, police say.

Police are urging the men to contact a lawyer and make arrangements to surrender to investigators. 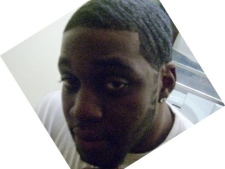