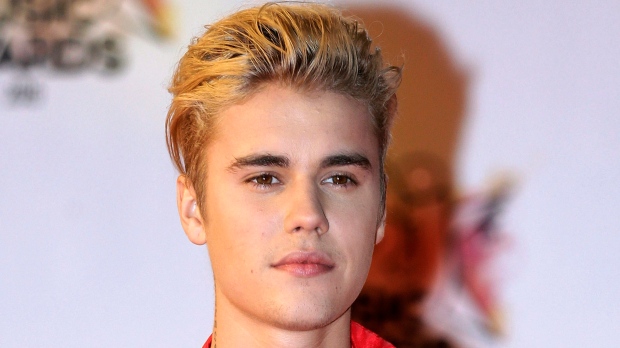 The creator of a new YouTube documentary series on Justin Bieber says the Canadian pop superstar shows an "incredibly vulnerable" side as he opens up and sets the record straight on rumours surrounding him.

Director and executive producer Michael D. Ratner says "nothing was off-limits" during filming for the newly released "Justin Bieber: Seasons."

The 10-episode series follows Bieber as he makes his first album in four years and reflects on his past and current life.

Viewers see footage of his wedding to American model Hailey Bieber and his day-to-day life in the studio, at home and on the road.

In one episode Bieber explores his roots in Stratford, Ont., visiting the steps of the Avon Theatre where he used to busk, and the apartment building in which he lived.

Ratner says the series also touches on the health of the 25-year-old, who was recently diagnosed with Lyme disease, and a "dark season of his life where he was uncertain as to why he felt certain ways."

"There's a moment in one of the later episodes where he's reflecting on the past couple of years as his new album is finished, and he just breaks down crying as he thanks those closest to him for their support through those times and their loyalty, and he's just talking about his appreciation for them," Ratner said in a recent phone interview.

"He actually breaks down and he has trouble finishing his sentence. It was just so real and raw, and you could just tell that he seemed triumphant and grateful all in the same moment."

In early September, Bieber wrote a lengthy Instagram message saying his struggles with depression and growing up as a child star led him to make "every bad decision you could have thought of" by the age of 20.

He also admitted that he started doing "pretty heavy drugs" at 19 and "abused all of" his relationships.

But he added that he's now "navigating the best season" of his life after his marriage and getting advice from doctors.

"I think that he's very open about what that process was like ... about how he felt in those moments," Ratner said.

"Despite being a superstar, he's just a human being, and I think that Justin sharing his story about his willingness to go seek help and meet with those doctors and experts will hopefully help other people."

New episodes, which each run about 10 minutes long, will premiere free with ads each Monday and Wednesday at noon ET.

Interviewees in the series include Hailey Bieber as well as the singer's managers, Scooter Braun and Allison Kaye.

Ratner said he'd never met the singer-songwriter before the project and only wanted to take it on if the recording artist was "really willing to go there and not make sort of a Justin Bieber commercial, but to really talk about the questions that people wanted answered."

Bieber agreed and Ratner shot the bulk of the series over the past six or seven months. YouTube seemed the perfect platform for the footage, since that's where Bieber first soared to fame.

Ratner endured long days of filming while Bieber meticulously made the album, for which he recently released the single "Yummy." The album title and release date haven't been announced.

"What I was blown away by was, in addition to the talent -- his persistence, his work ethic, his perfectionist nature," said Ratner, whose other projects include "Gonzo ↕ the Derby" for ESPN's "30 for 30" sports documentary series.

Ratner scored the series with music from Bieber's new album. And he isn't done.

The filmmaker said he's still shooting footage and so the final episode catches up with Bieber "in real time."

After hanging out with Bieber so intensely for months on end, Ratner said he's concluded he's mature, resilient and compassionate.

"I think that he's got a really good heart, and he's been through a lot," Ratner said.

"And he's really unrelatable. I say that because he is, without a doubt, the first superstar of the social media era. And that is a weight and burden that is hard to explain, until you start being with him every day and understanding the level of scrutiny and eyeballs that are on him.

"And I think all things considered, he's done a hell of a job getting through some of those darker times, and he's self-reflective now, he still wants to do good."