OTTAWA - There will be a one-day public hearing into the CRTC's controversial policy on usage-based Internet billing in addition to the online consultations it announced in February, the federal regulator announced Friday.

The regulator began seeking public input after a previous decision sparked a widespread outcry and the possibility that the federal cabinet would overrule the Canadian Radio-television and Telecommunications Commission.

The CRTC had decided to allow the big Internet service providers to change their billing practices so they could charge wholesale customers, such as smaller ISPs, by the amount of bandwidth used.

At issue is whether smaller Internet service providers, which connect to the large networks owned by companies such as Bell Canada (TSX:BCE), Rogers (TSX:RCI.B) and Telus (TSX:T), would be able to offer unlimited plans.

Smaller providers argue the proposed change would prevent them from offering their customers unlimited access at a fixed price. The larger ISPs argue that unlimited plans clog the networks and inconvenience other customers.

The CRTC said Friday that it will hold a public hearing on July 11 at its Ottawa-area headquarters in Gatineau, Que., in response to numerous requests.

However, the commission said it would not expand the scope of the original consultation, as some had requested, to include billing practices for retail Internet services.

Nor will it review the overall regulatory framework for wholesale high-speed Internet access services, saying that wasn't part of the decision under review. 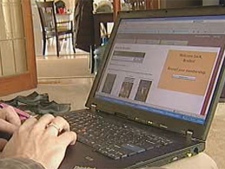