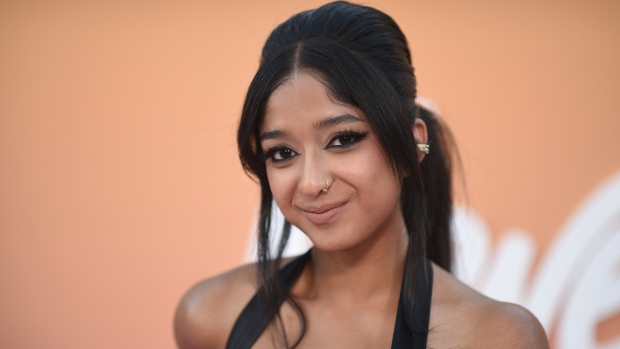 Maitreyi Ramakrishnan arrives at the Season 3 premiere of "Never Have I Ever" on Thursday, Aug. 11, 2022, at Westwood Village in Los Angeles. (Photo by Richard Shotwell/Invision/AP)

TORONTO - Canadian actress Maitreyi Ramakrishnan and Olympic hockey players Sarah Nurse and Renata Fast are among the celebrities set to appear as cannon dolls in “The Nutcracker.”

The National Ballet of Canada says this season's lineup of cameos includes Ramakrishnan, star of Netflix's “Never Have I Ever” and Disney's “Turning Red.”

Other notable guests include actors Graham Greene, Julie Nolke and Gina Louise Phillips will portray colourfully costumed Petrouchka dolls who shoot a cannon into the audience in Act I.

Celebrity walk-on roles are a long-standing tradition for the holiday show, which this year runs Saturday to Dec. 31.