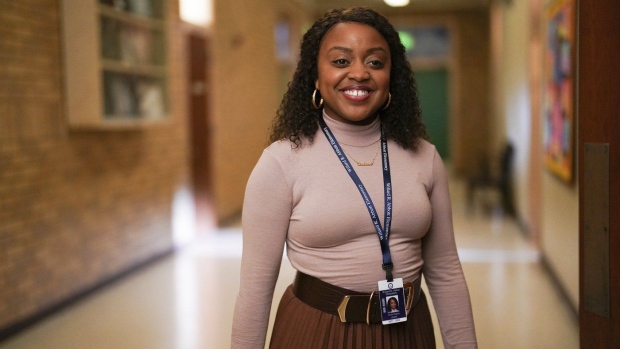 This image released by ABC shows Quinta Brunson in a scene from "Abbott Elementary." (Ser Baffo/ABC via AP)

The American Film Institute announced its slate of honorees Friday ahead of its gala luncheon on Jan. 13 in Beverly Hills, California.

The institute selects 10 movies and shows for its ceremony, which honors projects deemed among the best of the year culturally and artistically.

Additional film honorees are: “Everything Everywhere All at Once,”“The Fabelmans,”“Nope,”“She Said,”“Tar,”“The Woman King” and “Women Talking.”

The other television series being honored are: “The Bear,” Hacks,” Mo,” “Pachinko,” “Reservation Dogs,” Severance” and “Somebody Somewhere.”

A special award will be given to “The Banshees of Inisherin,” which stars Colin Farrell and Brendan Gleeson as two men whose friendship falls apart.