After recovering from virus, Domingo vows to clear name 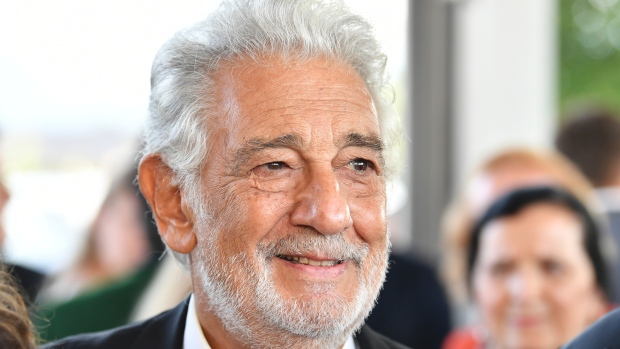 SALZBURG, Austria - Placido Domingo is back in Europe to receive a lifetime achievement award after a bout with the coronavirus.

In an interview with a top Italian daily newspaper he vowed to clear his name from allegations of sexual misconduct.

The opera legend's appearance today to accept the award from the Austria Music Theater will be his first in public since recovering from the virus at his home in Acapulco, Mexico.

The 79-year-old Domingo told La Repubblica that his illness made him `'no longer afraid to speak out” about the allegations reported by The Associated Press that virtually ended his performance career in both the United States and his native Spain.

Domingo said when he knew he had COVID he promised himself that if he came out alive, he would fight to clear his name.

Domingo says quote -- “I never abused anyone. I will repeat that as long as I live.”

In AP stories last year, multiple women accused Domingo of sexual harassment and abusing his power while he held management positions at the L-A Opera and Washington National Opera, with dozens of people saying his behaviour was an open secret in the opera world.

Most of the women spoke on condition of anonymity.

The allegations split the industry, with U-S opera houses cancelling Domingo's engagements and Europe houses mostly sticking by him.

He is about to embark on a busy fall European calendar, including performances in Caserta near Naples, the Verona Arena and Milan's La Scala.