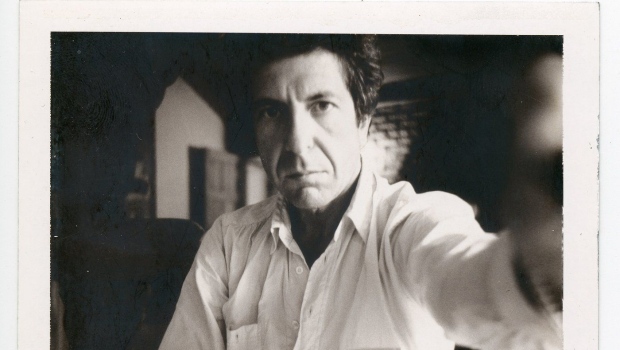 A photo titled, “Leonard Cohen, Self-Portrait, 1979” is shown in this handout. The Art Gallery of Ontario opens “Leonard Cohen: Everybody Knows,” an exhibition showcasing more than 200 artworks and objects. THE CANADIAN PRESS/HO-Leonard Cohen Family Trust

TORONTO - While much is known about Leonard Cohen's legacy as a writer, singer and artist, a new exhibition offers a more intimate reflection on his creative process.

This week the Art Gallery of Ontario opens “Leonard Cohen: Everybody Knows,” a showcase of more than 200 artworks and objects such as archival notebooks, letters, lyrics, as well as photographs, and drawings.

The exhibition opens to AGO members on Wednesday and to the public on Saturday.

It incorporates a symbolic use of shadow and light, with striking blue wall accents, to reflect Cohen's deep connection to Quebec, Israel and Greece.

Stephen Jost, director of the AGO, says visitors can expect to dive deeper into the complexities and unique aspects of Cohen's life through the photography and artifacts on display.

“I think you'll be really struck by how beautiful the show is, how much care is in the details, but also that the show has kind of an emotional range,” he said. “From when he starts to the very last video, which is him reciting a prayer in Jerusalem, it's emotionally beautiful.”

“It's a kind of kaleidoscopic view of Cohen,” he said. “We also are making it clear that from the very beginning, the activity of drawing and doodling was very important to him.”

He also notes Cohen's passion for photography and taking his own photos, creating an album from 1968 to 1969. In the exhibit, it's titled “Tennessee Notebook.”

“He understood its power, and its ability to shape how his persona was experienced publicly,” Cox said.

Blake says while making her piece, her goal was to present Cohen in his own words and delve into his artistic process starting with his influences as a child.

“I was drawn to certain themes and was trying to create a space where people could come in and engage in this sort of intimate conversation with Cohen,” she said.

Fok says his piece is an immersive experience that celebrates Cohen, who died in 2016 at age 82, as a singer-songwriter and performer. He says he wants visitors to experience the equivalent of time travel in the space.

“It contains a lot of emotional experiences that are nostalgic, romantic, and reflect his personal identity,” he said.