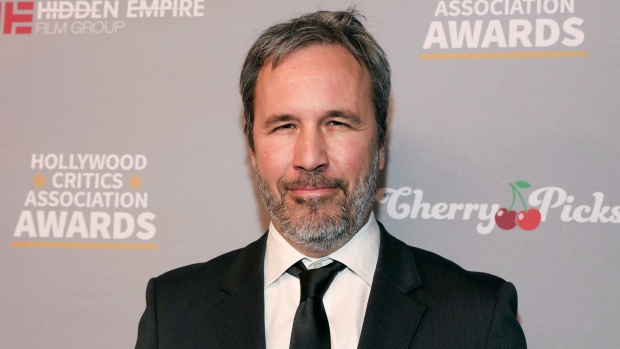 FILE - In this Jan. 9, 2020 file photo, Denis Villeneuve attends the Hollywood Critics' Awards at the Taglyan Complex, in Los Angeles. Villeneuve and Alanis Obomsawin are among those being honored at the Toronto International Film Festival in September. TIFF co-heads Joana Vicente and Cameron Bailey said Thursday, July 22, 2021, that Villeneuve will receive the TIFF Ebert Director Award at the 2021 TIFF Tribute Awards. (Photo by Mark Von Holden/Invision/AP)

TORONTO - Acclaimed filmmakers Alanis Obomsawin and Denis Villeneuve will be honoured at the TIFF Tribute Awards fundraiser during the Toronto International Film Festival in September.

Organizers say Obomsawin will receive the Jeff Skoll Award in Impact Media, which “recognizes leadership in creating a union between social impact and cinema.”

TIFF will also have a retrospective of Obomsawin's body of work, which the organization says “brings awareness to vital Indigenous issues.”

Quebec-raised Obomsawin is a member of the Abenaki Nation and a prolific Indigenous documentary maker and activist, with more than 50 titles including “Incident at Restigouche” and “Kanehsatake: 270 Years of Resistance.”

She has worked at the National Film Board of Canada since 1967 and earned honours including the Glenn Gould Prize and a Companion of the Order of Canada title.

The Quebec-based Villeneuve, whose highly anticipated sci-fi epic “Dune” will screen at the fest, will get the TIFF Ebert Director Award.

TIFF says the honour “recognizes filmmakers who have exemplified greatness in their career.”

Villeneuve's work ranges from arthouse fare to big-budget thrillers and sci-fi spectacles including “Sicario,” “Prisoners,” “Incendies,” “Blade Runner 2049” and “Arrival,” for which he earned an Oscar nomination for directing in 2017.

“Dune,” co-written and directed by Villeneuve, will screen as a world exclusive IMAX special event at TIFF.

The star-studded big-screen adaptation of Frank Herbert's 1965 novel is due in theatres Oct. 22.

The 46th edition of TIFF runs Sept. 9 to 18 with more than 100 films screening digitally and in-person, at venues including TIFF Bell Lightbox and Roy Thomson Hall.

This is the third annual Tribute Awards, which will be broadcast nationally by CTV and streamed internationally by Variety.

The star-studded show, which has previously honoured talent including Anthony Hopkins and Kate Winslet, is typically a live event but pivoted to a pre-recorded broadcast last year due to the pandemic.

TIFF co-head and executive director Joana Vicente said in a recent interview this year's show might have some live elements but will be pre-recorded again.

The organization says this year's focus is on raising funds for diversity, equity and inclusion initiatives and “a safe, community-focused and inspiring return to cinemas.”

TIFF says more 2021 honourees will be announced in the coming weeks.

This report by The Canadian Press was first published July 22, 2021.