Andy Kim, Chilliwack and Cowboy Junkies to be inducted into Canadian Music Hall of Fame 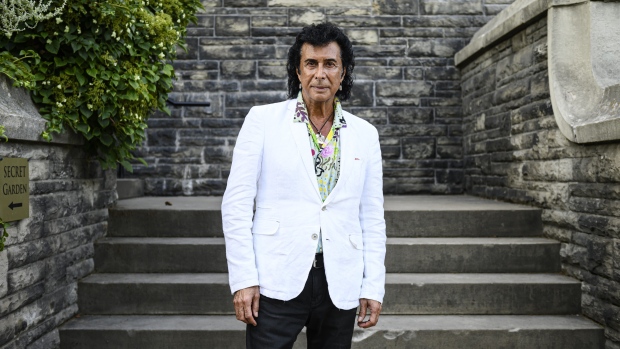 Canadian pop rock singer and songwriter Andy Kim poses for a photograph during a Canada's Walk of Fame fundraising event in Toronto on Thursday, July 18, 2019. Pop singer Andy Kim, rockers Chilliwack and alt-country band Cowboy Junkies are among the acts being added to the Canadian Music Hall of Fame this year. THE CANADIAN PRESS/Christopher Katsarov

TORONTO - Pop singer Andy Kim, rockers Chilliwack and alt-country band Cowboy Junkies are among the acts being added to the Canadian Music Hall of Fame this year.

The ceremony, which takes place at Calgary's Studio Bell on Oct. 27, will also posthumously induct teen idol Bobby Curtola, who died at 73 in 2016.

The latest roster of inductees cover an extensive period of Canadian music history.

Montreal-born Kim is best known as the co-writer of infectious 1969 radio hit “Sugar, Sugar,” which he sang as part of the cartoon group the Archies. He went on to perform hits under his own name, including “Baby, I Love You” and “Rock Me Gently.”

Vancouver-based rockers Chilliwack rose to popularity in the 1970s with “Fly at Night (In the Morning We Land),” “My Girl (Gone, Gone, Gone)” and “Lonesome Mary,” and still tour today.

Cowboy Junkies were founded in Toronto in the mid-eighties, striking a number of Canadian hits, including “Sweet Jane,” “A Common Disaster” and “Anniversary Song.” They released the album “All That Reckoning” last year.

Curtola, who was born in what is now Thunder Bay, Ont., made his mark internationally in 1962 with the singles “Fortune Teller” and “Aladdin,” establishing him as one of the era's teen heartthrobs. He was named to the Order of Canada in 1997 before his death.

The Canadian Music Hall of Fame was launched in 1978 by the Canadian Academy of Recording Arts and Sciences, the organization behind the Juno Awards, to recognize musicians who have made an outstanding contribution to the international recognition of Canadian music.

An hour-long TV special on the event will stream Nov. 2 on CBC Gem.