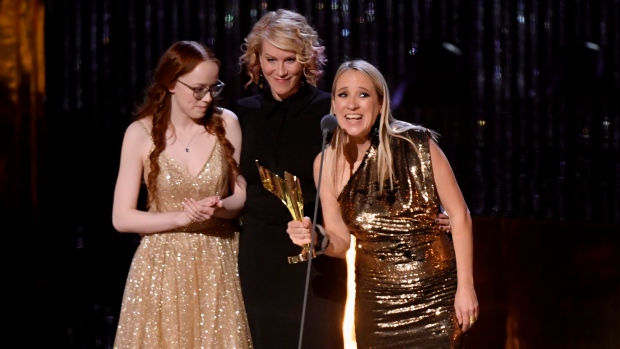 TORONTO - The creator and executive producer for “Anne with an E” is telling fans today that a revival of the show will not happen.

A fan petition calling on Netflix to renew the Canadian show gained over 66,000 signatures by Saturday, but executive producer Miranda de Pencier said on Instagram that “there is just no way to revive 'Anne with an E' anywhere.”

“Anne with an E” was a co-production between CBC and Netflix, and was inspired by Lucy Maud Montgomery's classic novel “Anne of Green Gables.”

Walley-Beckett said she was “moved to tears” by the response from fans and their efforts to revive the show.

She said the show's staff tried their best to find a new home or create a finale movie for the show, but weren't able to make it happen.

This report by The Canadian Press was first published Dec 7, 2019.