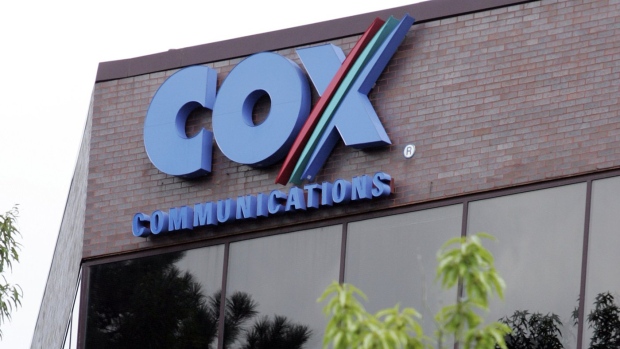 One of the buildings of the Cox Communications campus is surrounded by foliage in Atlanta on, Aug. 2, 2004. Cox Enterprises, which owns Cox Communications, is buying Axios Media for $525 million as it looks to grow and diversify its business. Cox, which became an investor in Axios last year, said Monday Aug. 8, 2022, that it will look to expand Axios into more cities, while having it cover more national topics and serve more premium niches for professionals. (AP Photo/Ric Feld, File)

NEW YORK (AP) — It's an old and new media marriage: Axios Media, the digital news site known for its to-the-point blurbs on politics, tech and business, is being acquired by Cox Enterprises, the media conglomerate that owns the Atlanta Journal-Constitution, the Kelley Blue Book and major broadband internet services.

Cox said Monday that it plans to push the online news provider into new markets while broadening its coverage “into more cities, covering more national topics and more premium niches for professionals.”

Axios, citing sources, reported that the deal is worth $525 million. In a story about the deal, Axios used its trademark “Why it matters:" section to explain the companies' motives behind the acquisition.

“The deal is structured to ensure investments will continue to flow into local news at a time when most commercial investors have abandoned local markets,” the story says, adding that Axios began a “significant expansion” into local news in 2020.

Many digital-first media companies are faltering financially. Buzzfeed, which went public in late 2021, has offered buyouts to high-profile news staffers on its investigations, inequality, politics and science teams, as it focuses more on big breaking news and light-hearted content in an effort to become profitable. Vox Media, meanwhile, recently laid off 39 people, according to multiple media reports.

The Axios communications software business, Axios HQ, will become an independent company majority-owned by the founders and will include Cox as sole minority investor. VandeHei will be chairman and Roy Schwartz will be its CEO.

Axios, based in Virginia, was launched in 2017 and is known for brief, bullet-pointed stories. The company also publishes daily and weekly newsletters that are targeted to specific industries.