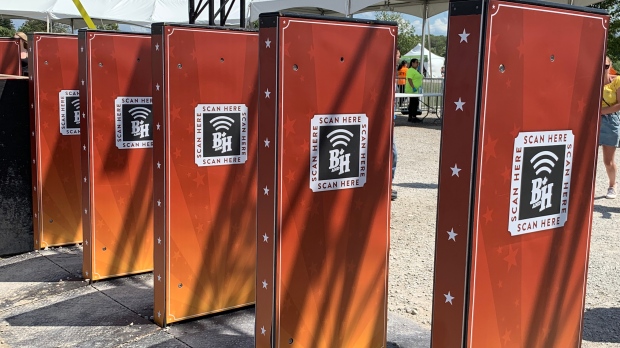 Summer music festival season is effectively cancelled in Ontario, but organizers of the Boots and Hearts country music concert have something else up their sleeve.

Entertainment company Republic Live is set to announce plans for a "medium-scale" outdoor concert series throughout August, as it looks for ways to organize shows while adhering to the province's COVID-19 restrictions.

The concerts will take place at the Burl's Creek Event Grounds in Oro-Medonte, Ont., about 30 kilometres north of Barrie, a space that also accommodates overnight camping.

Live performers and the expected audience capacity haven't been named yet, but Republic Live says shows are slated to begin on the July 30 to Aug. 1 holiday weekend with a line-up billed as "classic rock tribute bands."

It'll be followed by other weekend dates, including a one named "presented by Boots and Hearts" Aug. 6 and 7 and another on Aug. 13 to 14 called "Canadian rock bands."

The concert series will wrap up over Labour Day weekend with a second "presented by Boots and Hearts" concert on Sept. 3 to 5.

Republic Live says it plans to announce all of the music acts, who will be exclusively Canadian, in the coming days.

The Boots and Hearts festival was forced to pull the plug in April after organizers said uncertainty over crowd sizes and COVID-19 spread made it impossible to plan the usual August long weekend event.

This report by The Canadian Press was first published June 30, 2021.