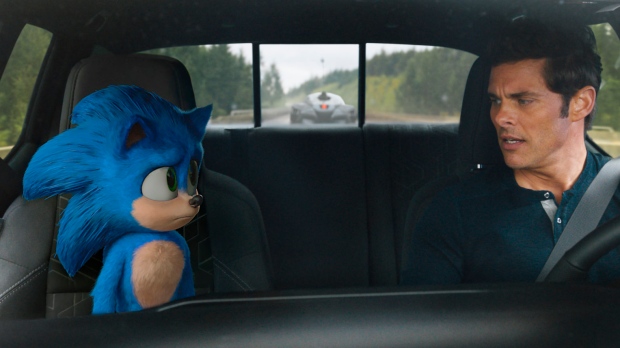 LOS ANGELES - The hedgehog edged the sled dog by a nose at the box office.

“Sonic: The Hedgehog” zoomed to the top of the box office with a take of $26.3 million in its second weekend while audiences ignored critics and heeded “The Call of the Wild” as the Harrison Ford CGI dog flick finished a close second with $24.8 million, according to studio estimates Sunday.

It was a strong weekend for both films, with each outperforming expectations and overcoming early doubts about design problems.

Paramount Pictures' Sega video game adaptation “Sonic the Hedgehog” was a laughingstock when its first trailer was released last year, but after a delay and a title-character makeover, the film has now spent two weeks atop the box office and brought in over $200 million globally.

20th Century Studios' “The Call of the Wild” was also mocked by many on social media for its CGI dog - the first five film adaptations of Jack London's 1903 novel all used real ones - and reviews were decidedly mixed with a Rotten Tomatoes score of 62 per cent, but moviegoers bought into the digital dog and his 77-year-old co-star, who would have won the weekend were it not for a late surge from “Sonic.”

“For `Call of the Wild' heading into weekend the estimates were all over the place, as low as 10 million for the weekend, some saying it could do 15, maybe 20,” said Paul Dergarabedian, senior media analyst for Comscore. “So like `Sonic' it over-performed.”

In a very distant third with $7 million was “Harley Quinn: Birds of Prey” in its third week.

That was a disappointing opening at a time of year when horror films often do well. 2020 appears to be bucking that trend with family films thriving in the early weeks of the year.

“'Sonic' and `Call of the Wild' represent two PG-rated movies where that void in the marketplace for families is the key to their success in this part of the year, a time that's usually dominated by awards holdovers and R-rated films,” Dergarabedian said.

And those family audiences may be why critics didn't matter for the top two films.

“PG-rated films are more immune to reviews and are more about the audience. If a kid wants to go see a film, they're going to go see it” he said.

Best picture winner “Parasite” continued its post-Oscars surge in a week where its victory was mocked at a rally by President Donald Trump, bringing in $3.2 million in North America, where it has earned nearly $50 million.