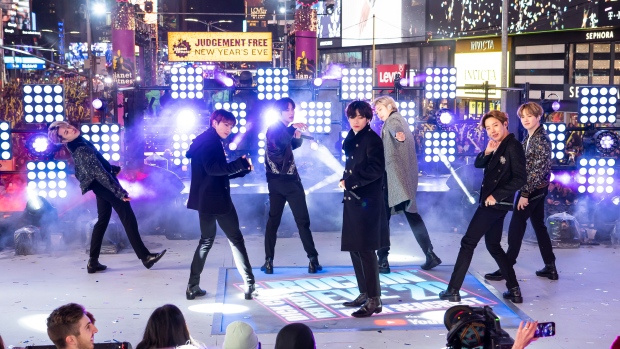 The show honouring the best in global music aired Sunday on the network with performances from Alicia Keys, Sam Smith, Doja Cat and DaBaby. The girl group Little Mix hosted.

Gaga, who went into the event with the most nominations, beat out Harry Styles, Justin Bieber, Dua Lipa, Miley Cyrus and The Weeknd for the best artist prize. She lost out for best video, however, which went to DJ Khaled for “'Popstar.” The collaboration with Drake bested the likes of Cardi B and Megan Thee Stallion for “WAP.”

For a third year, the MTV EMAs handed out a generation change award, this time to five women fighting for racial and social justice around the world: Kiki Mordi, Temi Mwale, Catherhea Potjanaporn, Luiza Brasil and Raquel Willis.