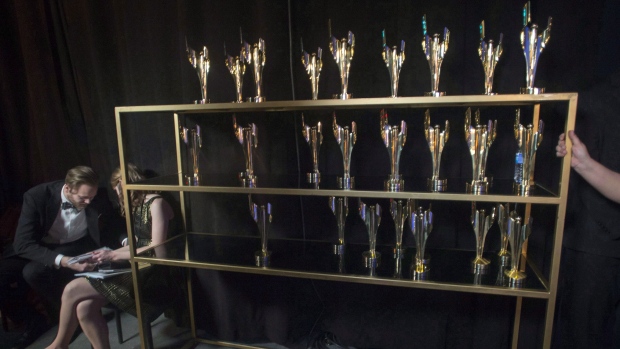 TORONTO - The Canadian Screen Awards set for later this month in Toronto have been cancelled due to the COVID-19 outbreak.

The Academy of Canadian Cinema and Television says the cancellation affects the broadcast gala scheduled to air on CBC on March 29th as well as all Canadian Screen Week events in Toronto, Montreal and Vancouver.

Organizers issued a statement saying the decision comes after “a thorough review of Canadian Screen Week events and an assessment of the potential risk” to its attendees.

The academy says it is committed to the celebration of the nominees and special award honourees and will share an update in the coming weeks.

“Schitt's Creek” has a leading 26 nominations for this year's awards, which celebrate Canadian film, TV and digital projects.

The leading film contender is “The Song of Names” with nine nominations.