Canadian shorts 'at the forefront of the medium,' says TIFF filmmaker 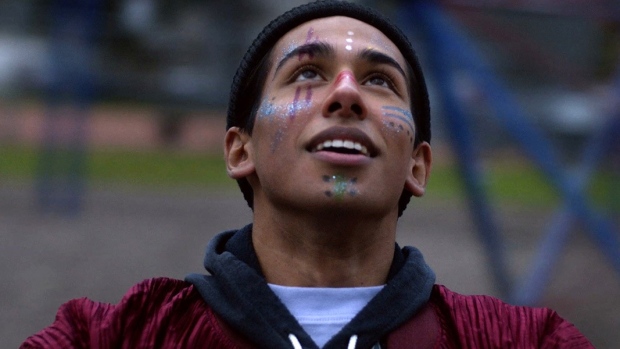 Actor Sanjay Pavone is shown in this handout image from Joseph Amenta's short film "Flood." At the Toronto International Film Festival, sometimes the biggest gems are the shortest. THE CANADIAN PRESS/HO-Courtesy of TIFF *MANDATORY CREDIT *

TORONTO - At the Toronto International Film Festival sometimes the biggest gems are the shortest.

Though feature-length projects tend to eat up much of the spotlight, some of the short films also go on to Oscar glory, including many Canadian ones.

Last year, for instance, Canadian shorts at the festival included Jeremy Comte's live-action drama “Fauve” and the animated comedy “Animal Behaviour” by Alison Snowden and David Fine - both of which went on to earn Oscar nominations.

This year's shorts lineup at TIFF includes the animated tale “The Physics of Sorrow” by Montreal's Theodore Ushev, who got an Oscar nomination in 2017 for “Blind Vaysha.” TIFF says it's the first-ever fully animated film using hot wax painting.

Toronto writer-director Joseph Amenta, who is at TIFF this year with his short drama “Flood,” says it's an exciting time for Canadians making these projects.

“I think Canadian shorts are expected to be strong,” says Amenta, whose film follows a queer teen, played by Sanjay Pavone, as he takes his little sister (Isabelle Franca) out for a birthday adventure that inadvertently intersects with a hidden part of his life.

“And the level of quality and the number of strong projects that are produced in Canada, I think outweigh a lot of other countries.”

Amenta pointed to the recent acclaim for several other Canadian shorts, including the co-production “Brotherhood” by Meryam Joobeur, which won an award at TIFF last year. Then there's “Marguerite” by Montreal's Marianne Farley, which also got an Oscar nomination earlier this year.

When screening his last film “Haus” at the Clermont-Ferrand International Short Film Festival in France earlier this year, Amenta says he noticed an appreciation for Canadian titles in particular.

“There were numerous times where other international filmmakers were mentioning Canadian products, Canadian short films being at the forefront of the medium,” Amenta says. “And I think you can see that.”

The Canadian TIFF shorts lineup this year has several other projects with well-known names, including “Please Speak Continuously And Describe Your Experiences As They Come To You” by “Antiviral” director Brandon Cronenberg, son of acclaimed filmmaker David Cronenberg.

“Oracle” is the directorial debut of actor Aaron Poole, who is also seen at TIFF this year in “Clifton Hill.”

And “I Am in the World as Free and Slender as a Deer on a Plain” is by actress Sofia Banzhaf, who is also seen onscreen at the festival this year with “Black Conflux.”

“I know in researching distribution, that short narrative is something that there's a large global appetite for,” says Poole, whose film has an air of mystery and anxiety as it centres on a young boy in a home under construction.

“Maybe it's a YouTube thing, maybe it's just digital distribution.”

The key to getting a short discovered seems to be “being everywhere all at once” and making “non-exclusive deals with all platforms so people can very easily and quickly encounter your story,” Poole adds.

“In the past there might have been a more traditional and somewhat monetized distribution model that suggested going to a festival and then doing a TV run and then going online. But what I've been hearing now is that a filmmaker's idea can, from post-production, very quickly go global. So I'm really excited about just sharing my first complete story with as many eyeballs as I can.”

Amenta says for many filmmakers like himself, the ultimate goal is to direct a feature, since it's virtually impossible to make a living off of just shorts.

But he finds a beauty in both the limitations and freedom of short filmmaking, for which he says there's often more government funding than longer-form cinema.

“Typically short films are quite contained, so you're allowed to really dive deep and immerse yourself in these worlds and these characters and commit to that,” Amenta says.

“There's no time to waste, ever. So I think actors really enjoy that process.”

For audiences, shorts provide a chance to experience the emotions of a story without worrying as much about the logistics in the way one would with a feature, he adds.

“You're allowed to do things that are completely new, you can show new worlds, new characters, new forms of storytelling and the audience is still digesting what you're showing them before they have the opportunity to judge it,” Amenta says.

“So you are free in the length, in what you're showing, how you're showing it, and I'm in love with the capability of closing a moment at the end of a film where it's unresolved and forces the audience to fill in the gaps.”