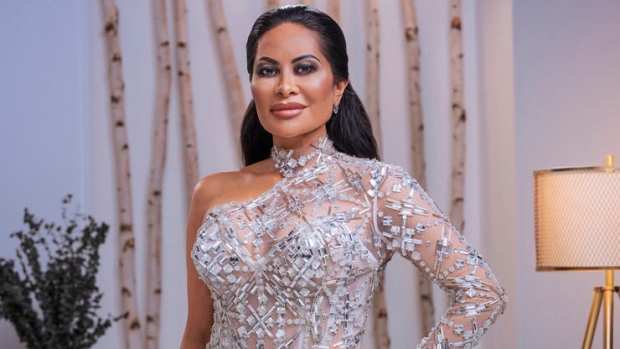 This image released by Bravo shows Jen Shah, a cast member from the reality series "The Real Housewives of Salt Lake City." Authorities announced that Shah and Stuart Smith were arrested Tuesday in Utah on federal fraud charges. (Chad Kirkland/Bravo via AP)

SALT LAKE CITY - Two members of “The Real Housewives of Salt Lake City” reality television show were arrested Tuesday on federal fraud charges alleging that they used a business to cheat hundreds of people nationwide over a 10-year period in a telemarketing scheme.

Manhattan U.S. Attorney Audrey Strauss noted in a release that Shah portrays herself as a wealthy and successful businessperson on television, while Smith was cast as her first assistant. Shah is in the main cast of the Bravo program, which completed its first season in February.

The network declined to comment to The Associated Press.

The prosecutor said they “allegedly generated and sold `lead lists' of innocent individuals for other members of their scheme to repeatedly scam. In actual reality and as alleged, the so-called business opportunities pushed on the victims by Shah, Smith, and their co-conspirators were just fraudulent schemes, motivated by greed, to steal victims' money.”

Authorities said the fraud scheme ripped off hundreds of victims nationwide for a decade.

It was not clear who would represent Shah and Smith during an initial appearance in federal court in Salt Lake City on Tuesday.