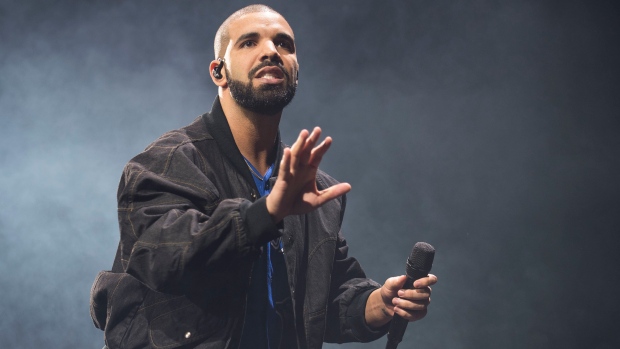 FILE - In this Oct. 8, 2016 file photo, Drake performs onstage in Toronto. The Obama summer playlist has everyone from Drake and Beyonce to Steely Dan and Frank Sinatra. Barack Obama tweeted 44 songs Saturday, Aug. 24, 2019, that he and his wife, Michelle, have been listening to. (Photo by Arthur Mola/Invision/AP, File)

An American federal appeals court has sided with Drake in a legal battle with jazz musician Jimmy Smith's estate.

The U.S. Court of Appeals for the Second Circuit affirmed the dismissal of a copyright infringement claim against the Toronto-raised rapper Monday.

But the appeals court found the spoken-word sample fell within the bounds of "fair use" because of its "transformative" purpose.

The court noted that a work is considered "transformative" when it uses copyrighted material for a purpose other than the one for which it was created.

It wrote "Jimmy Smith Rap" extols the "supremacy of jazz" over all other forms of music, while Drake and featured artist Jay-Z subvert that message in "Pound Cake."

"Through both the alteration of the 'Jimmy Smith Rap' and the rest of the rap's lyrics, 'Pound Cake' emphasizes that it is not the genre but the authenticity of the music that matters," the court ruled.

"In this manner, 'Pound Cake' criticizes the jazz-elitism that the 'Jimmy Smith Rap' espouses."

This report by The Canadian Press was first published Feb. 4, 2020.