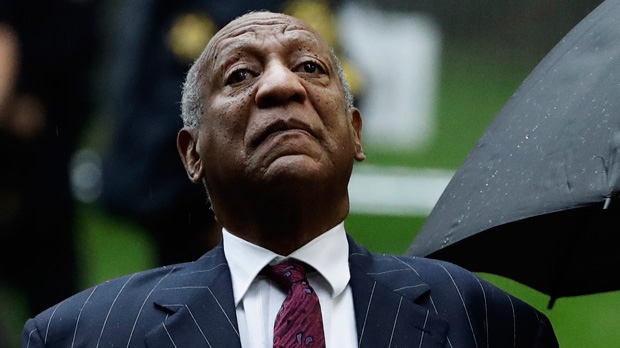 PHILADELPHIA - Bill Cosby says his insurance company is settling another accuser's lawsuit without his permission, a week before his scheduled deposition.

Cosby in a statement accuses American International Group Inc. of "egregious behaviour." He says he could have proven he was in New York during the alleged 2008 encounter with 18-year-old Chloe Goins at the Playboy Mansion in Los Angeles.

Goins says Cosby drugged and molested her. Cosby was set to give a deposition in the case in prison next week.

Lawyer Craig Goldenfarb says Goins is pleased with the confidential settlement. An AIG spokesman says the insurer has no comment.

The 81-year-old Cosby is serving a three- to 10-year prison term near Philadelphia for sexually assaulting a woman in 2004.

AIG this month has also settled defamation lawsuits filed in Massachusetts by seven other Cosby accusers.