Canadian Weinstein accuser draws strength from .MeToo, regardless of verdict 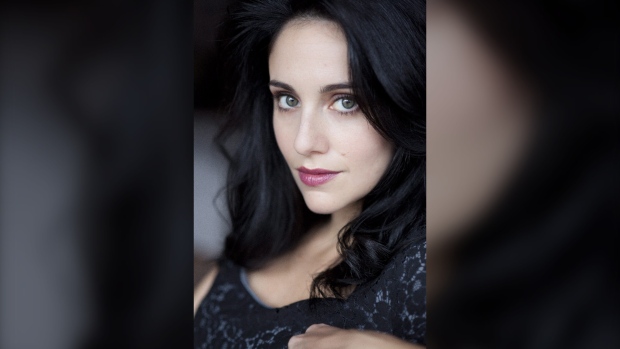 For years, Montreal actor Erika Rosenbaum says, she was harbouring a "secret" she believed was hers to bear alone.

But in fall 2017, Rosenbaum discovered that her private struggle might be shared by a number of women who were accusing Hollywood titan Harvey Weinstein of sexual harassment and assault.

And just like that, she says she went from suffering in silence to being part of a chorus of women who helped spur the .MeToo movement.

As 12 jurors prepare to deliberate Weinstein's legal fate in a New York courthouse Tuesday, Rosenbaum says she and her fellow "silence breakers" have banded together as a force for justice that transcends any verdict against the man who brought them together.

Like many aspiring actors, Rosenbaum said it was in part an "irrational confidence" that brought her to Hollywood.

From the age of 19, she travelled back and forth between Los Angeles and her native Montreal to go out on auditions in a bid to convince entertainment executives that she was "the next big thing."

When she met Weinstein at a party in her early 20s, Rosenbaum said, it felt like for the first time someone validated her vision.

In public, the producer was all business, and he had big plans for her, Rosenbaum recalled. She said Weinstein told her she was the "next Sandra Bullock," because she had the same blend of comedic chops and dramatic "gravitas."

Rosenbaum has alleged that Weinstein made aggressive sexual advances during three separate meetings about 15 years ago.

She alleged that during their third encounter -- in a hotel room during the Toronto International Film Festival in the mid-2000s -- Weinstein held her by the back of her neck and masturbated while standing behind her.

Weinstein has repeatedly denied any wrongdoing, saying any sexual activity was consensual.

It's only in retrospect that Rosenbaum said she's been able to piece together how Weinstein's alleged advances impacted her personally and professionally.

"I was numb to some of what I felt, and I was disconnected from my anger, because I didn't understand it," she said.

"I think it cost me opportunities for sure. But mostly, it cost me some joy, some of that freedom that you're supposed to have in your youth."

After returning full-time to Montreal, Rosenbaum found healing in settling down with her husband and raising their four children.

While she never let go of her acting ambitions, Rosenbaum tried to put her youthful Hollywood days behind her.

But then, in October 2017, it all came flooding back when Rosenbaum saw the accusations against Weinstein splashed across the headlines.

Rosenbaum said she never planned to tell anyone about her allegations, because she felt "complicit" -- she hadn't hit him; she hadn't gone to the police; she tried to "make nice" for the sake of her career, she says.

But seeing all these A-list actors, with what Rosenbaum thought was "a lot more to lose," put their careers on the line, Rosenbaum said what had felt like a personal "weakness" transformed into a source of collective strength.

It wasn't long before Rosenbaum found herself lying on the floor in a fetal position, processing the fact that her story would also be published in the papers.

New York Times journalists Jodi Kantor and Megan Twohey, who broke the Weinstein investigation, helped connect his accusers in an email thread, and other women were invited to join with permission, Rosenbaum said.

She was quick to warn the women not to discuss their allegations, having seen how concerns about witnesses co-ordinating their accounts contributed to the 2016 acquittal of former CBC radio host Jian Ghomeshi on sexual assault charges.

Rosenbaum compares the group to a "club nobody asked to be a part of," but now that they're in it, many find themselves "in good company."

On the eve of Weinstein's criminal trial, Rosenbaum was among two dozen "silence breakers" who vowed in a statement that they would "continue to speak out until this unrepentant abuser is brought to justice."

The fallen movie mogul has pleaded not guilty to charges related to raping a woman in a Manhattan hotel room in 2013 and forcibly performing a sex act on another woman in the city in 2006.

While she's opted not to pursue legal action, Rosenbaum said she would support women who have in any way possible.

At the same time, she and other "silence breakers" are working outside the courts to create a more equitable world for women through initiatives like Canadian actor and .AfterMeToo co-founder Mia Kirshner's Rosa, which provides online resources for reporting sexual misconduct in the workplace.

Rosenbaum also volunteers to speak to students and young people about consent and respectful sexual relationships.

"Whatever the outcome (of Weinstein's case), I feel like this is unstoppable," said Rosenbaum. "It's very much about women standing up for women."