Carol Burnett seeks to be guardian of teen grandson 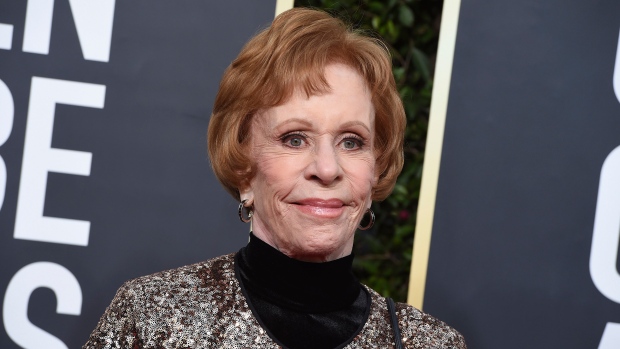 LOS ANGELES - Carol Burnett is seeking to become the legal guardian of her teenage grandson as his mother struggles with substance abuse.

“Due to addiction issues and other circumstances that my daughter, Erin, has been struggling with impacting her immediate family dynamic, my husband and I have petitioned the court to be appointed legal guardian of my 14-year-old grandson,” Burnett said in a statement.

“Guardianship will be for oversight purposes concerning his health, education and welfare and not intended to deny him nor the parents proper visitation with one another. We look forward to recovery being the next stepping stone towards normalization and ask for privacy at this time to allow that process to occur.”

Hamilton, a singer, is the youngest of Burnett's three children, all of them daughters with Burnett's second husband, TV producer Joe Hamilton. Burnett has been married to Miller, a musician, since 2001.

An email seeking comment sent to a representative for Erin Hamilton was not immediately returned.

Another of Burnett's daughters, actor and writer Carrie Hamilton, spoke publicly about her own struggles with addiction, and her subsequent sobriety. She died of cancer at age 38 in 2002.