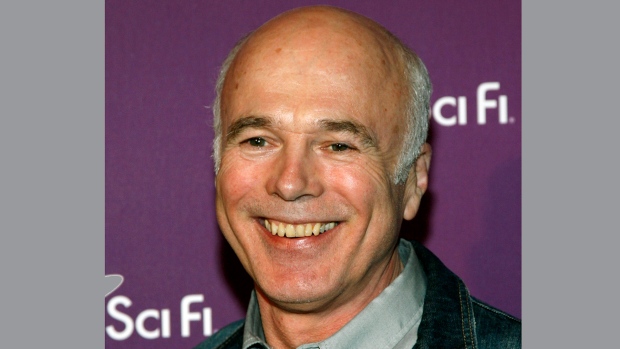 A GoFundMe page set up on behalf of Hogan's wife says the Vancouver actor is unlikely to be able to work again after suffering a “life-changing” brain injury.

Susan Hogan writes in a note that her husband, who played Colonel Saul Tigh in the 2004 sci-fi series, fell and hit his head after attending a “Battlestar Galactica” convention in Vancouver in February.

She says Michael Hogan went to bed without realizing that the impact had caused a “massive brain bleed,” and when he didn't wake up the next morning, was rushed to hospital for emergency surgery.

Susan Hogan says the accident has left him with paralysis on his left side, memory loss, cognitive impairment and inability to swallow.

She says the health crisis was complicated by COVID-19 restrictions on hospital visits by family and support workers.

“Needless to say, this life-changing injury has sent a tsunami of heartbreak through the family,” wrote musician Shari Ulrich, a friend of the Hogans who organized the GoFundMe.

“With recovery relying heavily on contact with family as critical members of the health care team, the agony of separation is indescribable.”

Ulrich said Hogan was transferred in June to a Vancouver residential care facility, where he's allowed limited visits and is being treated by a physiotherapist.

Still, Ulrich said there looks to be a long road to recovery ahead. Hogan still uses a feeding tube, and needs an overhead lift to be moved from his bed to a wheelchair, but has regained his speech and is “largely coherent and cognizant,” Ulrich said.

“Though it is hard to imagine, I think it's fair to say it is unlikely Michael will be able to work again,” she wrote, “but he is one tough guy, so it also wouldn't surprise me if he found a way.”

Ulrich said the GoFundMe is meant to cover some of the costs associated with Hogan's care, including long-term accommodation fees, mobility aids and physiotherapy.

On Tuesday, the crowdfunding goal was increased to $300,000 after surpassing its initial target of $150,000 within about a day.

“Battlestar Galactica” co-stars Mary McDonnell, Katee Sackhoff and Tricia Helfer have rallied fans to support the GoFundMe, which as of Tuesday evening, had raised roughly $200,000.