Drake is receiving some heat after it was revealed his private jet took has taken multiple flights between Toronto and Hamilton.

According to CelebJets, an automated Twitter account that tracks flights taken by private jets, the rap superstar's Boeing 767 has flown the 70-kilometre route at least four times since June.

The latest flight, which lasted only 14 minutes, was on July 22, CelebJet data shows.

On July 12, Drake's plane flew on an 18-minute flight from Hamilton to Toronto. According to CelebJet data, the plane flew the same route again on June 28 and on June 17.

According to Celebjet, each time the plane flies this route it emits at least four tons of carbon dioxide emissions and costs approximately $2,729 in fuel.

It is not known if Drake has been on the plane for any of the flights, or why the trips were carried out.

Last year, Drake announced on Twitter he would start working with a U.S.-based company called Aspiration to help reduce his personal carbon footprint.

"It's exciting to partner with a company that’s found an easy way to offer everyone the ability to reduce their carbon footprint,” Drake said at the time.

Looking forward to working with @aspiration and encouraging everyone to offset their carbon footprint. https://t.co/AqV7oGc5VM

The 35-year-old has been facing criticism for the flights. Ian Borsuk, climate campaign co-ordinator for Environment Hamilton, told CTV News Toronto he thinks the flights are "extremely wasteful."

"I think we need to as a society have a conversation about whether we should be allowing these private flights to be happening in the first place," he said.

"I think it can really be frustrating for some folks when, you know, they're thinking to themselves, 'Okay, well, I'm doing everything I can in my daily routine to cut down on greenhouse gas emissions, such as taking public transit, buying local products, and things like that. And in some cases, you know, these flights by private jets could be undoing an entire years worth of effort by one person."

Similar comments were made about the flights on social media.

"Drake is part of the problem, taking multiple 15 minute flights to Hamilton and back while the environment is collapsing. Dude, take the GO train,” writer and filmmaker Jesse Hawken wrote on Twitter Monday.

Drake is part of the problem, taking multiple 15 minute flights to Hamilton and back while the environment is collapsing. Dude, take the GO train ffshttps://t.co/XocG7F3YFG

"It's ridiculous. This waste of fuel to get around the lake. It’s glutinous," another person wrote on Twitter.

"Drake, why are you flying for 14 minutes … just take one of your sport cars," another person said. 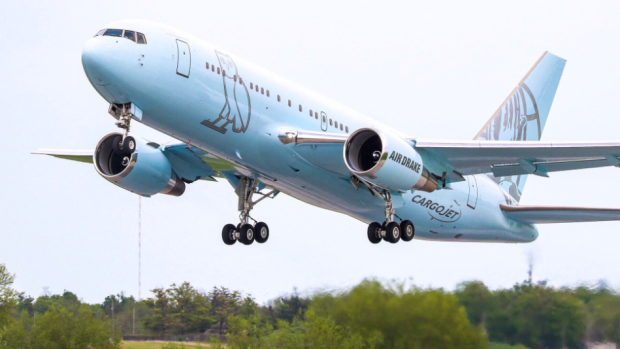 "Why are more people not talking about drake flying his private jet from HAMILTON TO TORONTO??? Absolutely sick," said another.

Earlier this month, millionaire businesswoman Kylie Jenner was under fire after her private jet took a three-minute flight in California.

"The lack of awareness is honestly astonishing," one person wrote.