Elliot Page tells Time about his life and gender identity: 'I'm fully who I am' 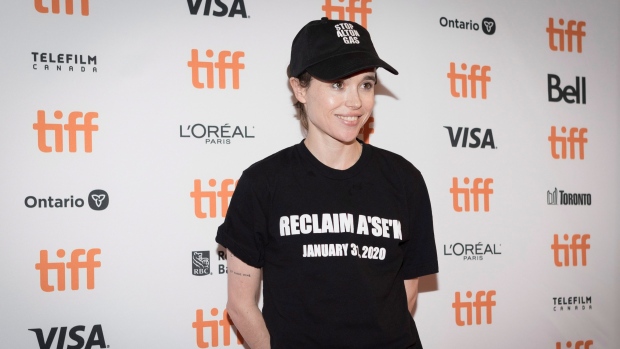 Director Elliot Page poses for a photograph on the red carpet for the film "There's Something in the Water" during the 2019 Toronto International Film Festival in Toronto on Sunday, Sept. 8, 2019. THE CANADIAN PRESS/Tijana Martin

TORONTO - Canadian actor Elliot Page is opening up about his life and gender identity in a lengthy profile in Time magazine.

It's the first major interview the Oscar-nominated “Juno” star has given since he came out as transgender in an Instagram post in December.

The Halifax-raised performer says he's “really excited to act” now that he's “fully” who he is, and wants to play a new spectrum of roles.

Page is filming season 3 of Netflix's “The Umbrella Academy” in Toronto and says returning to set since his disclosure has been validating.

The 34-year-old tells the magazine about wanting to use his privilege and platform to further his LGBTQ advocacy and help in the ways he can. 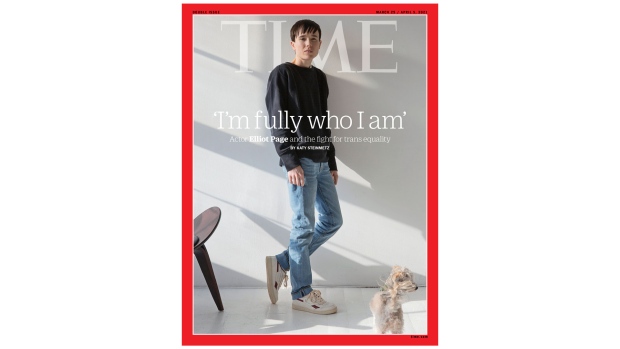 He says he feels a deep sense of responsibility to share his truth to help counter the “myths and damaging rhetoric” being spread about transgender people.

“We know who we are,” Page says in the article written by Katy Steinmetz. “People cling to these firm ideas (about gender) because it makes people feel safe. But if we could just celebrate all the wonderful complexities of people, the world would be such a better place.”

The article touches on Page's childhood, when he felt “like a boy” and tried to understand himself while facing pressure to look a certain way in his film and TV career.

He says he struggled with the stress of soaring fame after getting an Oscar nomination for playing a pregnant teen in “Juno,” which led to a slew of high-profile projects, including “Inception” and “X-Men: The Last Stand.”

Page reveals he's suffered from depression, anxiety and panic attacks, and still felt discomfort in his body after coming out as gay in 2014.

His excitement and gratitude leading up to his transgender disclosure in December was also “mixed with a lot of fear and anxiety,” he says.

When he posted that disclosure, Page says he was in Toronto recovering from “top surgery,” a procedure to remove breast tissue.

“It has completely transformed my life,” he says of the surgery.

Page also reveals he and choreographer Emma Portner, with whom he divorced early this year, are still “close friends.”

“I'm really excited to act, now that I'm fully who I am, in this body,” Page says. “No matter the challenges and difficult moments of this, nothing amounts to getting to feel how I feel now.”

This report by The Canadian Press was first published March 16, 2021.