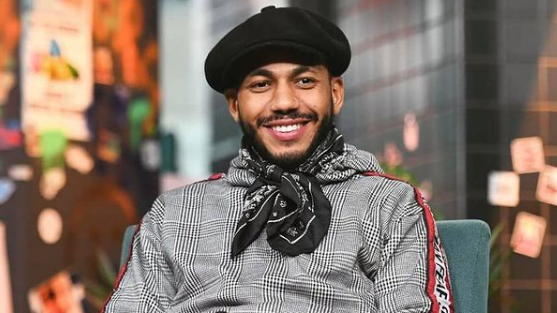 TORONTO - About 13 years ago, screen acting coach Dean Armstrong got a phone call from a prominent talent agent asking him for a favour.

The agent had come across “a very unique, very special, very exceptional” young actor from Toronto who needed monetary support to learn the craft, and Armstrong agreed to provide a rare scholarship for him at his Armstrong Acting Studios in the city.

That actor was Jahmil French, who proved to be one of the “great ones,” says Armstrong: a gifted performer with an insatiable appetite for deepening his skills; a bright light in any room he entered; a dance lover who busted a move virtually anywhere he went; and a supportive colleague who raised the bar for everyone around him.

“He had such a raw, intuitive and natural ability for emotional access,” Armstrong, director of the acting school, said in an interview. “There was a real physiological ownership of roles that he tackled.”

“It's very sad when someone like Jahmil, as young as he was, who truly hadn't reached his full potential, had it all disappear so quickly,” he said.

Armstrong is among many in the film and TV industry sharing fond memories of the actor who rose to fame on “Degrassi: The Next Generation,” after news of his death at the age of 29. The circumstances surrounding French's death haven't been revealed by his representatives, but Armstrong says it happened last weekend.

“He was very mature for his age but also very hungry to be challenged,” said actor Salvatore Antonio, who started teaching French over a decade ago at Armstrong Acting Studios, which has had several “Degrassi” alumni as students.

“After meeting with him, I saw almost instantly that he was above the rest in terms of his willingness to challenge himself.”

French grew up in Toronto with a single mom who was “very supportive” and “quite pivotal in helping to get him in acting classes,” said Antonio.

Those classes led to his role as high-school student Dave Turner from 2009 to 2013 on the Toronto-shot “Degrassi: The Next Generation,” and a slew of other credits, including the Netflix series “Soundtrack,” the Pop TV show “Let's Get Physical,” and the Canadian film “Boost,” for which he earned a 2018 Canadian Screen Award nomination.

When he was performing, French had instincts far beyond his years, said Antonio, artistic director at the school, which plans to create a scholarship in French's name.

French once performed scenes from the film “Requiem for a Dream” in class, which sent chills up Antonio's spine and had the other students wiping away tears and watching “with their mouths agape.”

“I may have been in the role as a teacher, but he taught me a lot about acting, especially in terms of being brave and courageous in the choices that he made,” Antonio said.

“Some of the most beautiful work that I've seen done on camera happened in some of those classes in terms of what Jahmil did.”

French's vulnerability and magnetic energy in his acting elevated the work of his scene partners and inspired others “to bring their A-game,” said Antonio.

Toronto actor Craig Arnold, who played Luke Baker on “Degrassi: The Next Generation,” was inspired by French's skills.

“Everyone talks about how he was just so good. It really made me feel like, 'OK, this is possible, I can do this,”' Arnold said from the set of “The Expanse” in Toronto.

“He was so supportive of me and nice to me, so open and wanted everyone to do well,” said Arnold. “It really inspired me early on and gave me a lot of confidence.”

French was also an “amazing dancer” who could hardly sit still in a chair and would often display moves between takes, said Antonio.

Arnold recalled dining out with French and others after an acting class and seeing him spring into action when music started playing.

“He stood up and went into this huge dance routine in the middle of the restaurant,” Arnold said. “Everyone in the whole place was smiling and loving it.”

French was also driven, intensely tuned in, and hungry to learn, said Antonio.

“He wanted to be great. He articulated that more than once. He's like, 'I just want to be really, really good at what I do,' and I respected that,” Antonio said from Montreal, where he's shooting the upcoming CW series “The Republic of Sarah.”

Antonio stopped working with French as his teacher three or four years ago but they kept in touch regularly, seeing movies together and texting back and forth about acting questions French had.

“I was so proud of what Jahmil had accomplished in such a short period of time, and I was really looking forward to more - and that's the part that is the saddest for me,” he said.

Armstrong last spoke with French in December, when the rising star reached out asking for advice on a confusing passage in one of the popular acting books by Konstantin Stanislavski.

“It's interesting to have a talent - in his pastime, on the heels of so much wonderful success - to continue his development, his journey as an artist, by reading books about his craft,” said Armstrong.

This report by The Canadian Press was first published March 4, 2021.