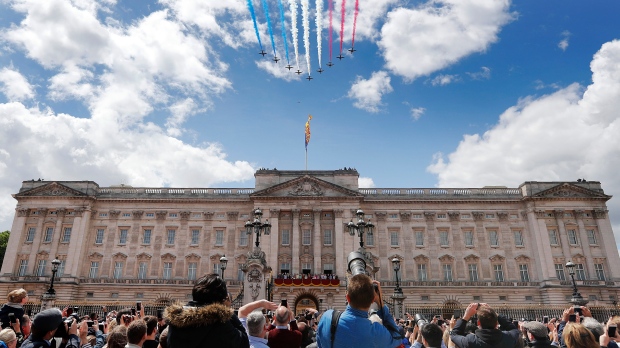 London police have arrested a man who climbed the front gates of Buckingham Palace while Queen Elizabeth II was in residence.

The Metropolitan Police Service says the 22-year-old man was arrested on suspicion of trespassing early Wednesday by members of its royalty protection unit.

The police department said he was released from custody Thursday while the investigation continues.

Palace officials declined to say whether the queen was told about the incident.

Police say the intruder wasn't carrying a weapon and his alleged actions weren't seen as related to any extremist threat.

The suspect hasn't been charged or identified.