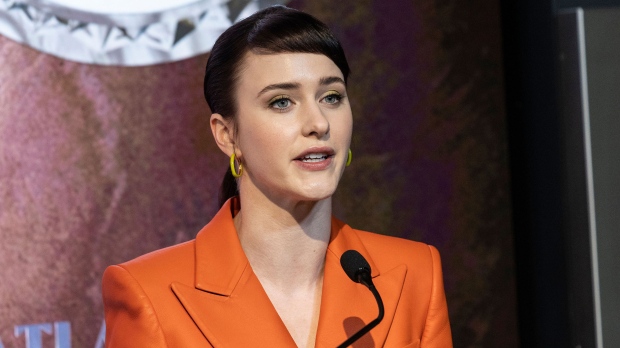 Rachel Brosnahan, seen here in May, is speaking out about the mass shooting in her hometown on July 4. (Lev Radin/Pacific Press/Shutterstock)

(CNN) -- Actress Rachel Brosnahan is expressing her grief over the mass shooting in Highland Park, Illinois on Monday that has left at least six people dead and dozens more injured.

Brosnahan, who was raised in the Chicago suburb, said in a statement she felt "sick" over news of the tragedy.

"I grew up in Highland Park and this parade is a highlight of the year for so many families," "The Marvelous Mrs. Maisel" star wrote in a tweet. "I'm sick to my stomach every time news like this comes out, but I don't wish the pit in your stomach as you call your family and friends to make sure everyone is okay on anyone. No words."

Singer Richard Marx, who also grew up in Highland Park, said he was "heartbroken."

"I'm actively reaching out to check on the welfare of people I still know there," Marx wrote in a tweet. "My heart is always broken by these constant mass shootings no matter where they occur but today I'm extra heartbroken. And extra angry at the senselessness."

Director and actor Ken Olin, who starred in the TV drama "Thirtysomething," also tweeted about the tragedy.

"My hometown. I went to this parade every year as a little boy," Olin tweeted. "My heart breaks for all the children in our country who will grow up afraid of celebrating with a mass of happy people."