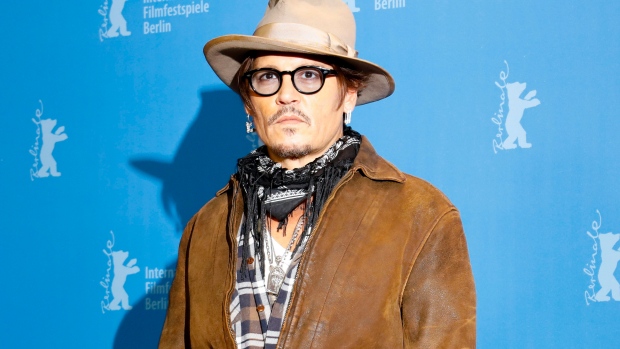 LONDON - A British judge on Thursday rejected an attempt by tabloid newspaper The Sun to quash a libel suit from actor Johnny Depp over an article claiming he abused ex-wife Amber Heard.

Judge Andrew Nicol said “in my view it would not be just to strike out the claim.”

The ruling means the two celebrities and their large legal teams will square off next week at the High Court in London.

Depp is suing The Sun's publisher, News Group Newspapers, and Executive Editor Dan Wootton over a 2018 article claiming the actor was violent and abusive to Heard. He strongly denies the allegations.

The Sun's lawyers applied for the case to be dismissed on the grounds that Depp failed to disclose text messages he exchanged with an assistant showing that he tried to buy “MDMA and other narcotics” while he was in Australia with Heard in 2015.

The newspaper's lawyer, Adam Wolanski, said withholding the texts was a breach of a previous court order requiring Depp to provide all documents from separate libel proceedings against Heard in the United States. He said the lapse endangered the defendants' ability to get a fair trial.

The judge ruled that Depp had breached the disclosure order, but granted him “relief from sanctions,” meaning the case can proceed.

He also rejected an attempt by Depp to force Heard to disclose evidence including communications with actor James Franco and Space-X founder Elon Musk, with whom she allegedly had affairs while involved with Depp.

“The central issue for the defence of truth is whether Mr. Depp assaulted Ms. Heard,” the judge said. “Even if she had been unfaithful to him, that would be irrelevant on that central issue. I am not therefore persuaded that these categories of documents are necessary for the fair disposal of the litigation.”

Depp and Heard are both expected to give evidence in person at the London trial, which was postponed from March because of the coronavirus pandemic.

The socially distanced trial is scheduled to last for three weeks. Witnesses are likely to include Depp's ex-partners Vanessa Paradis and Winona Ryder, who have both submitted statements supporting the “Pirates of the Caribbean” star.