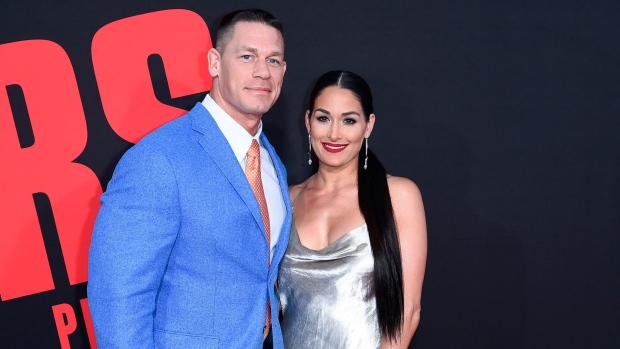 In this Tuesday, April 3, 2018, photo, John Cena, left, and Nikki Bella attend the LA Premiere of "Blockers" at the Regency Village Theatre in Los Angeles. (Photo by Richard Shotwell/Invision/AP)

NEW YORK - John Cena and Nikki Bella are no longer getting ready to say “I do.”

Bella tweeted Sunday that the professional wrestlers have ended their relationship and asked for privacy.

The couple had been together for six years and got engaged a year ago on live TV during a wrestling match.

They often took their relationship public, canoodling on red carpets and talking about each other in interviews.

Cena has made a successful transition from wrestling to acting, appearing in movies like “Trainwreck” and the new R-rated comedy “Blockers.”