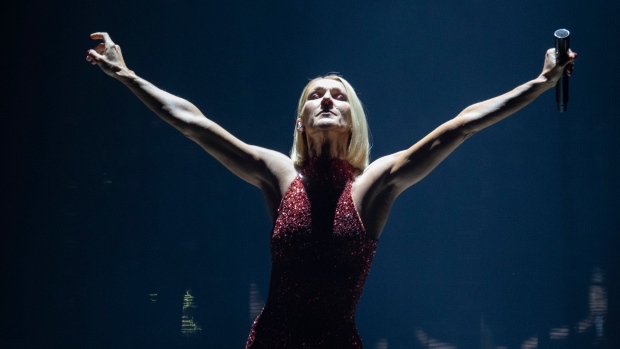 Celine Dion won't be resuming her anticipated “Courage World Tour” this March after all.

A post on the Canadian singer's website says the tour's remaining North American shows have been cancelled as her recovery from “severe and persistent muscle spasms” takes longer than first hoped.

Dion called off a slate of new Las Vegas show dates in October just weeks before they were supposed to begin due to muscle spasms that her management said were preventing her from performing.

At that time, she was still planning to resume touring in 2022.

Shows in four Canadian cities -- Winnipeg, Saskatoon, Edmonton and Vancouver -- are among the 16 stops affected by the latest round of cancellations.

Dion's post says she had completed the first 52 shows on the “Courage” tour before the COVID-19 pandemic emerged in March 2020.

“I was really hoping that I'd be good to go by now, but I suppose I just have to be more patient and follow the regimen that my doctors are prescribing,” the post read.

“I'll be so glad to get back to full health, as well as all of us getting past this pandemic, and I can't wait to be back on stage again.”

The post said the European leg of the tour is still on, and is scheduled to resume in Birmingham, England, on May 25.

The post says that ticket holders of the cancelled performances will soon receive an email notification with more information. Tickets purchased with a credit card through authorized ticketing outlets will be automatically refunded to the card used for purchase, it added.

This report by The Canadian Press was first published Jan. 15, 2022.