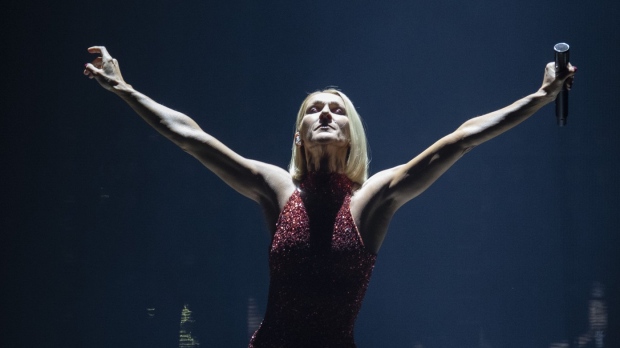 For many Celine Dion fans, it’s inconceivable a list of the world's greatest singers would not mention the powerful Quebec vocalist.

And so for days they've barraged Rolling Stone for failing to include the inimitable chanteuse on its recent list of the 200 greatest singers, topped by Aretha Franklin, Whitney Houston and Sam Cooke.

The clickbait collection has clearly provoked Dion's devotees, and it's hard not to suspect that's exactly what it was designed to do, said journalism assistant professor Angela Misri.

"This is driving new conversation and engagement, which is the ideal for anything you publish online," said Misri, who teaches at Toronto Metropolitan University and has compiled digital end-of-year lists herself during tenures at CBC and The Walrus.

"You want people to read it but then you really want people to talk about it. And everyone is talking about it. They're all going and clicking through to that list to see, 'What do you mean Celine's not on it? What's going on? Who else is not on it?'"

Dion's exclusion from Sunday's article, titled "The 200 Greatest Singers of All Time," has especially riled fans in Quebec who expressed disbelief and disappointment over what they considered to be a snub of the "My Heart Will Go On" hitmaker.

Pierre Karl Péladeau, the president and chief executive officer of media and telecommunications company Quebecor Inc., shared an article about the list Monday and questioned Rolling Stone: "What's going on with you guys !?!?!?"

Elsewhere in the country, singer-songwriter and actress Jann Arden tweeted, "Celine Dion should be on this list. Full stop."

Meanwhile, music journalist Carl Wilson, whose book "Let's Talk About Love" explored his own aversion to Dion, acknowledged the difficulty in crafting a definitive list but also suggested more was at play.

"Celine's omission does hint that perhaps some remnant of the long-ago scorn of her among critics survives; if anywhere, not surprising it's Rolling Stone," Wilson tweeted Tuesday.

As I said earlier, singing is such a huge part of human creativity, 200 names can only cover a tiny fragment. That said, Céline's omission does hint that perhaps some remnant of the long-ago scorn of her among critics survives; if anywhere, not surprising it's Rolling Stone. https://t.co/Ac7VLnubVn

Rolling Stone described their picks as "vocalists that have shaped history and defined our lives" and included the caveat "that this is the Greatest Singers list, not the Greatest Voices List."

Other heavyweights omitted include Justin Bieber, Madonna and Janet Jackson.

Andrew Scott, program coordinator of the bachelor of music program at Toronto's Humber College, suggested such lists say far less about the artists ranked than the values prioritized by magazines that publish them.

"Maybe there's a little bit of patriotism for us wrapped up in this, too," Scott said of the particularly strong response from Dion’s fellow Canadians.

But there's no question that Dion has left an indelible mark on the music industry, he said Tuesday.

"Who in their right mind is going to debate the fact that she hasn't had one of the greatest voices in pop music history? It just is what it is," he said.

"It probably shows a kind of an elitist curatorship where somehow, 'We know better.'"

Misri said she, nevertheless, loves watching the debate unfold, even if it's not what she would consider great journalism by any stretch. She welcomed a bit of distraction from the weightier headlines of late.

"Think about it — the break of arguing whether PJ Harvey should be on this list or Madonna? I love that we're talking about that and not COVID for 15 minutes," said Misri.

— With files from Marisela Amador in Montreal

This report by The Canadian Press was first published Jan. 3, 2023.