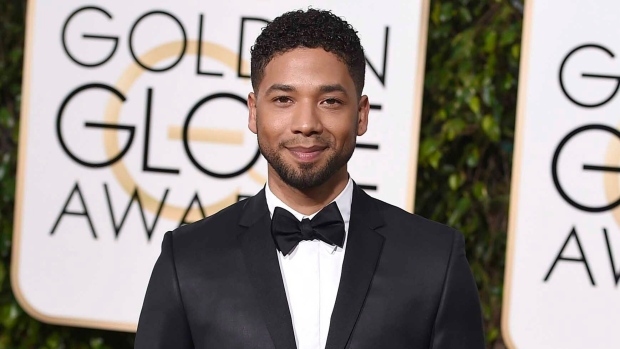 CHICAGO -- Two men characterized by police as "persons of interest" in the attack against "Empire" actor Jussie Smollett are now considered suspects and have been arrested on "probable cause that they may have committed a crime," a Chicago police spokesman said Friday.

The men have not been charged with a crime, and spokesman Anthony Guglielmi did not say what charges they might face. The two men -- whom police have identified only as Nigerian brothers -- were picked up at Chicago's O'Hare International Airport on Wednesday and taken into custody after returning from Nigeria after police learned that at least one of the men worked on "Empire," according to Guglielmi. He said he did not know what the man's job was on the television drama.

He confirmed that a search warrant was executed at the Chicago apartment where the men lived but did not have any information about what exactly what police found.

Guglielmi's comments followed a furious 24 hours that included local media reports that the attack was a hoax. Police say those reports are unconfirmed. Producers of the television drama also disputed media reports that Smollett's character, Jamal Lyon, was being written off the show, calling the idea "patently ridiculous."

Guglielmi reiterated Friday that there was "no evidence to say that this is a hoax" and that Smollett "continues to be treated by police as a victim, not a suspect."

Smollett, who is black and openly gay, told ABC News in an interview that aired Thursday that the men police took into custody on Wednesday were the ones who hurled racial and homophobic slurs at him, beat him, threw an undetermined chemical substance and looped a rope around his neck before running off. Smollett has said he was attacked while out getting food at a Subway restaurant in downtown Chicago.

Guglielmi said police have not found any surveillance video showing the attack itself, though they continue to look for such evidence. He says police also are contacting various retail stores in the hopes of determining who bought the length of rope that was around Smolllett's neck.

The singer and actor said that the attackers yelled "this is MAGA country," referencing President Donald Trump's "Make America Great Again" slogan. Smollett told ABC News that earlier reports from some outlets that his attackers were wearing "MAGA" hats were inaccurate.

"I didn't need to add anything like that," he said. "I don't need some MAGA hat as the cherry on top of some racist sundae."

He also said he didn't initially want to give police his cellphone because the device contained private content and phone numbers.