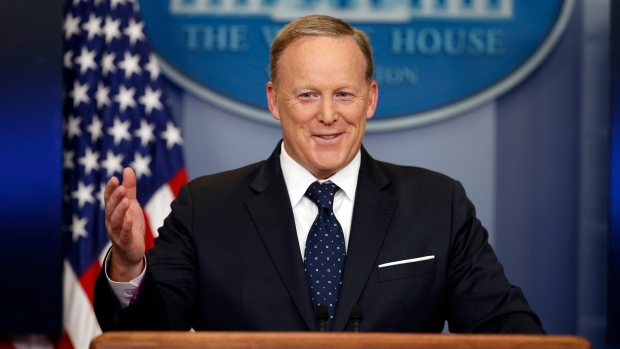 In this Tuesday, June 20, 2017, file photo, then-White House press secretary Sean Spicer smiles as he answers a question during a briefing at the White House, in Washington. (AP Photo/Alex Brandon, File)

NEW YORK -- Christie Brinkley, Hannah Brown of "The Bachelorette" and former White House press secretary Sean Spicer are among the contestants on the next season of "Dancing with the Stars."

The season kicks off Sept. 16.

In a change from previous seasons, viewers won't lean the celebrity-pro pairings until the season premiere. Professional dancer Peta Murgatroyd returns to the ballroom this year.