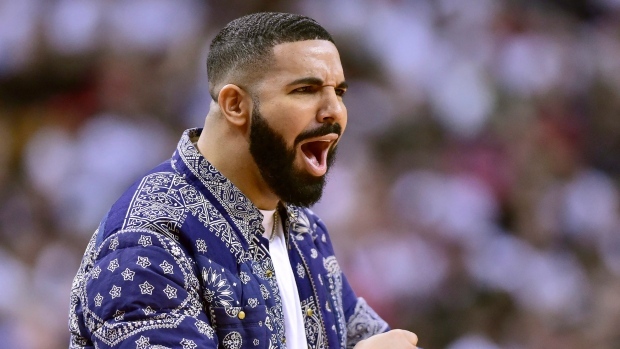 Nine of his top hits are songs he co-starred on, including “Work” with Rihanna, “Moment 4 Life” with Nicki Minaj, “Fall for Your Type” with Jamie Foxx and “I Invented Sex” with Trey Songz.

Earlier this year, 34-year-old Drake made Billboard chart history when he set a new record for most songs on the Hot 100 chart - Billboard's main songs chart that includes all music genres.