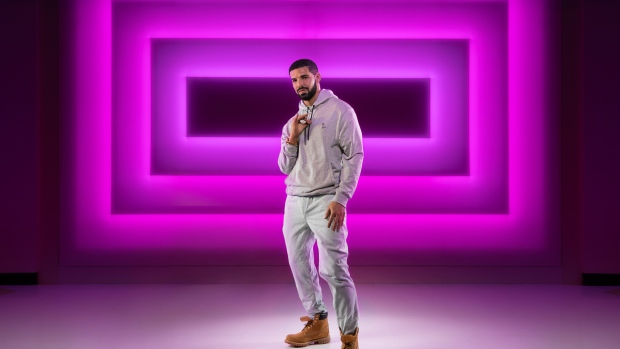 TORONTO - Drake's Las Vegas residency is already drawing fans to Sin City, and now they'll have a chance to get even closer to one of his most meme-worthy performances.

Madame Tussauds Las Vegas has unveiled a new wax figure in Toronto rapper's likeness that places him on the set of his famous "Hotline Bling" music video.

The museum says the interactive display will give visitors an opportunity to "create their very own, Insta-worthy videos alongside Champagne Papi himself."

"Hotline Bling," one of Drake's most iconic visual projects, inspired countless memes when it was released in the summer of 2015, including ones that referenced Star Wars and superimposed a tennis racket in his hands.

But Madame Tussauds will leave it up to the imaginations of Drake fans to find new ways to pose with the wax figure, which is dressed in a signature OVO sweatshirt, jeans, Timberlands and an imitation gold Rolex watch.

The museum says the wax figure stands in front of a backdrop of "dynamic" colour sequences similar to those in the video, which were inspired by artist James Turrell's work with light and hue. The set has motion-activated music with an exaggerated bass.