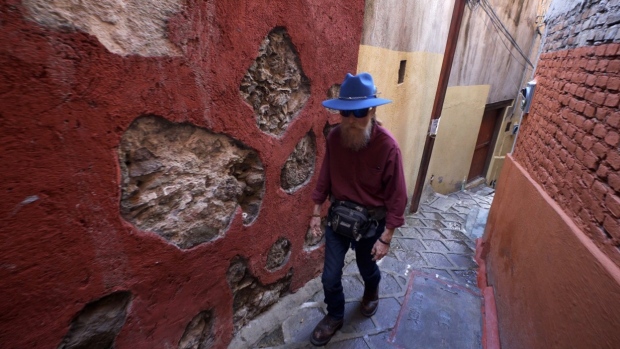 A frame from the film "The Face of Anonymous" is shown in this handout image. Film on the face behind 'hactivist' group Anonymous among world premieres in Hot Docs

TORONTO - A film about the man behind the "hacktivist" group Anonymous, and a documentary inspired by journalist Tanya Talaga's acclaimed book "Seven Fallen Feathers" are bound for this year's Hot Docs festival.

The newly announced lineup includes the world premiere of "The Face of Anonymous" by Gary Lang, which profiles Christopher Doyon, a.k.a. Commander X, who has hidden from the FBI in Toronto and Mexico.

Also having its world premiere is "Spirit to Soar," which sees Talaga return to Thunder Bay, Ont., with co-director Michelle Derosier after the inquest into the deaths of seven Indigenous high school students there between 2000 and 2011.

And Elle-Maija Tailfeathers, who co-directed and co-wrote the acclaimed 2019 film "The Body Remembers When the World Broke Open," will debut "Kimmapiiyipitssini: The Meaning of Empathy."

The doc looks at the Kainai First Nation in southern Alberta, which is described as "a Blackfoot community facing the impacts of substance use and a drug-poisoning epidemic."

The Hot Docs Canadian International Documentary Festival will run April 29 to May 9 online at hotdocs.ca, and for the first time ever, the films will be available across Canada.