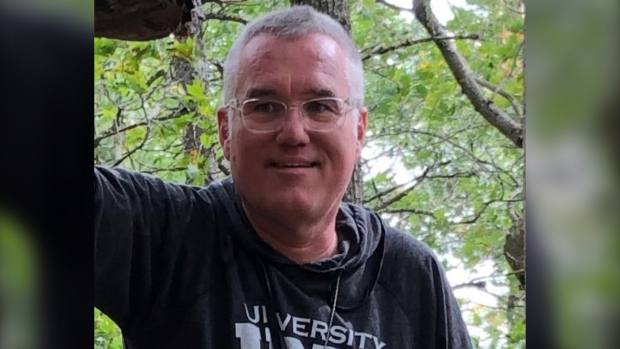 Canada is mourning after the loss of well-known artist Richard Vaughan, whose body was found on Friday. Alyson Samson reports.

FREDERICTON - A Canadian writer and artist revered in Canada's LGBTQ arts scene has been found dead after going missing in his native New Brunswick earlier this month.

Richard Vaughan's body was found on Friday, 10 days after he was reported missing, Fredericton police said, adding that his death is not being treated as suspicious.

The author and video artist, who wrote under the name RM Vaughan, was born in Saint John, N.B, and had recently returned to his home province from Montreal to serve as writer-in-residence at his alma mater, the University of New Brunswick, for 2019-2020.

“He wanted to make everyone feel they were entitled to write, entitled to tell their story,” said Sue Sinclair, the director of creative writing at the University of New Brunswick's English department, in an interview Saturday.

Vaughan's works often touched on queer stories of coming-of-age and eroticism. He also had a taste for the supernatural and macabre, and was captivated by the world of the celebrity.

A contributor to a variety of publications and anthologies, Vaughan published the book of essays “Compared to Hitler” in 2013, featuring many of his takes on contemporary culture.

The editor and publisher of Momus, a publication of art criticism where Vaughan had been a contributing editor for several years while he was living in Berlin, explained the title came from the fact the author had had actually been compared to the Nazi dictator for a critique he'd once written.

“It told him about what he sort of already knew about the capacity in the Canadian art world for criticism,” Sky Goodden said in an interview on Saturday.

“I think it was for him, even as upsetting, astonishing as that was, it was also something he could hang his hat on.”

Police said Vaughan was last seen near his home in downtown Fredericton on Monday, Oct. 12, and he was reported missing the next day.

The news sparked a flurry of concern in literary circles, with many writers sharing posts urging people to keep an eye out for Vaughan.

Sinclair was among those who took part in a search for Vaughan last weekend that was organized by a UNB alumnus.

Vaughan's bibliography also includes the poetry collections “A Selection of Dazzling Scarves,” “Invisible to Predators,” “Ruined Stars,” “Troubled” and “Ve1Xe”; the novels “Quilted Heart” and “Spells”; and the play “Camera, Woman” and “The Monster Trilogy.”

In the 2015 non-fiction book “Bright Eyed,” Vaughan examined the health and historical context of his lifelong battle with insomnia.

Sinclair said when Vaughan arrived as the university's writer-in-residence, people in the community there all seemed to know him for a different thing. Some knew him for his poetry, others for his fiction or his plays.

“His work is often very funny in the midst of exploring some very dark and vulnerable places,”