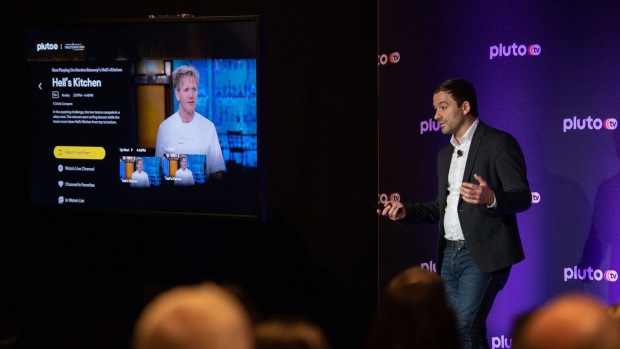 Olivier Jollet, the platform's executive vice president and international general manager, touted the FAST model - Free Ad-Supported Streaming Television - as one that sets itself apart from the crowded digital market by offering “usability.”

“I think the simplicity of TV is super-important and audiences are looking for viewing experiences that are easy and seamless,” Jollet said at a launch event Thursday in Toronto.

“There is no registration, there is no subscription, no coding costs, no need to put in a credit card or whatever. Just download the app and watch.”

Pluto TV is the latest in a growing number of ad-supported alternatives to Netflix and other subscription platforms.

It launched in Canada the day after CBC officially debuted its own FAST service, the free 24-hour streamer dubbed CBC News Explore.

Pluto TV promises more than 20,000 hours of content divided among more than 110 channels defined by theme - among them live channels dedicated to factual, kids, drama and reality programming - and single-series such as “Judge Judy,” “NCIS” and “Hawaii Five-O.”

More than 30 channels are devoted to Canadian content provided by Corus Entertainment.

This report by The Canadian Press was first published Dec. 2, 2022.