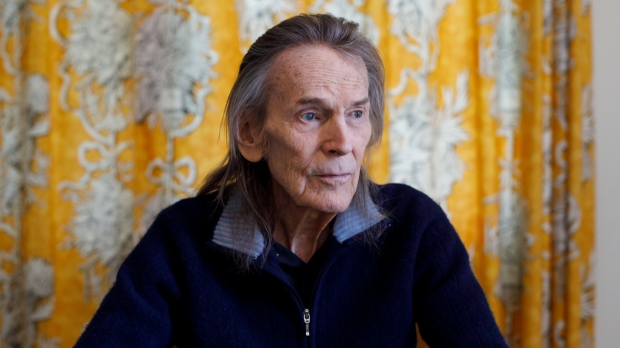 Gordon Lightfoot is postponing concerts this week in Fredericton, Montreal and Ottawa to recover from a summer leg injury. Canadian musician Gordon Lightfoot poses for a portrait in his Toronto home on Thursday, April 25, 2019. THE CANADIAN PRESS/Cole Burston

TORONTO -- Gordon Lightfoot is postponing concerts this week in Fredericton, Montreal and Ottawa to recover from a summer leg injury.

The 81-year-old folk legend was scheduled to perform in Fredericton on Thursday, in Montreal on Saturday and in Ottawa on Sunday.

A publicist says Lightfoot, who grew up in Orillia, Ont., suffered a leg injury over the summer that limited his ability to maintain the tour schedule.

The "Sundown" singer-songwriter is currently undergoing treatment and therapy in Toronto that a spokeswoman says requires a longer period of recuperation. She adds that Lightfoot is expected to make a full recovery.

The performances have been rescheduled for spring 2020: April 13 in Fredericton, April 15 in Ottawa and April 16 in Montreal.

Tickets for the November concerts will be honoured for the rescheduled dates, or can be refunded at the point of purchase until Feb. 21.