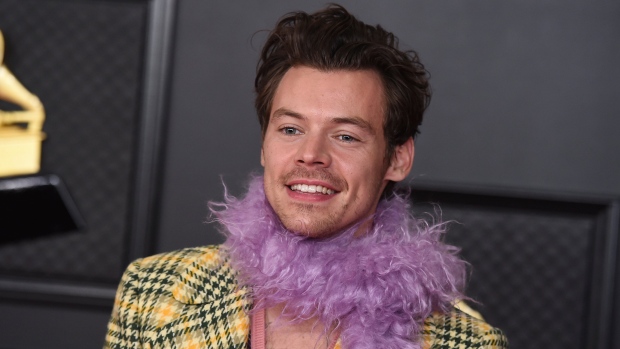 The pop star released an updated schedule of his North American tour on Wednesday and missing from the 40 dates was any mention of his four Canadian shows.

Styles, formerly of boy band One Direction, was originally set to bring Love on Tour stopovers to Vancouver on Aug. 16 before rolling into Toronto on Sept. 28 and 29, and Montreal on Oct. 20.

Ticketmaster now lists those tour dates as cancelled, with one of the Toronto shows replaced with a stop in Nashville.

Fans took to Twitter to express their frustration over the surprise cancellation, with some saying they've held onto tickets for about two years despite a previous postponement.

The speed of a return to indoor live events has been anything but certain in many parts of the country, with each province coming up with different guidelines - and sometimes few guidelines - for how plans will roll out in the fall.

With the U.S.-Canada border still closed, that has seen some international artists completely skip tour dates in Canada, while others have postponed until 2022.

“As always, the well-being of my fans, band, and crew is my top priority,” Styles wrote in a tweet.

His record label Columbia added in a statement that “in compliance with global COVID-19 guidelines, international tour dates are not possible at this time.”

This report by The Canadian Press was first published July 14, 2021.