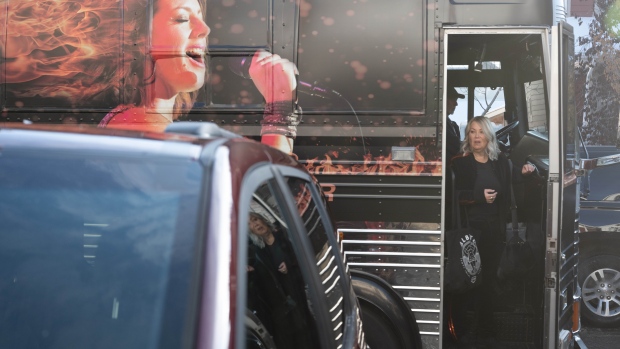 Jann Arden is shown in an episode from the second season of "Jann" in this undated handout photo. Jann Arden's semi-autobiographical sitcom is heading to an American streaming service. CTV announced on Wednesday that Hulu has secured the U.S. rights to the singer's Calgary-set series "Jann." THE CANADIAN PRESS/HO - Bell Media, Michelle Faye Fraser

Producers announced on Wednesday that Hulu has secured the U.S. rights to the Calgary singer-songwriter's CTV series “Jann.”

The first two seasons of “Jann” are set to hit Hulu early next year.

The half-hour comedy stars Arden as a fictionalized version of herself if her career had fizzled out after her 1990s hits.

The series has been renewed for a third season and filming is expected to start in January.