'I Stand With Neil Young!': Joni Mitchell to remove her music from Spotify 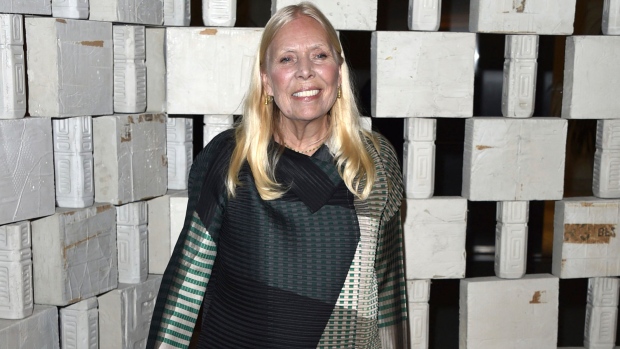 FILE - In this Oct. 11, 2014 file photo, Joni Mitchell arrives to the Hammer Museum's "Gala In The Garden," in Los Angeles. (Photo by John Shearer/Invision/AP, File)

Joni Mitchell says she stands with Neil Young and has decided to remove all her music from streaming giant Spotify.

Earlier this week, Young pulled his music from Spotify after giving the company an ultimatum over concerns about podcaster Joe Rogan spreading misinformation about the COVID-19 vaccine on his show “The Joe Rogan Experience.”

In a statement on her website Friday, Mitchell says she is taking action because “irresponsible people are spreading lies that are costing people their lives.”

Mitchell says she also stands with the scientific community on the issue.

On her website, she includes a letter signed by a coalition of scientists, medical professionals, and professors that criticizes Spotify for featuring Rogan podcasts that they say include misinformation about the pandemic, including discouraging vaccinations in young people and children.

Spotify, which has a multi-year distribution agreement with Rogan, granted Young's request on Wednesday and within hours began taking down his albums.

“I Stand With Neil Young!” Mitchell says in the statement on her website.

“I've decided to remove all my music from Spotify,” reads the statement. “Irresponsible people are spreading lies that are costing people their lives. I stand in solidarity with Neil Young and the global scientific and medical communities on this issue.”

Despite Young's move, some of his music can still be heard on Spotify.

In Canada, some of Young's work, “Cinnamon Girl,” “Old Man” and the entirety of his new album “Barn,” disappeared, but many other songs included on film soundtracks and compilations did not.

Mitchell first became well known in the 1960s for composing and performing songs such as “The Circle Game,” “Both Sides Now,” and “Woodstock.”

She went on to record the influential album “Blue” and more than 20 other releases over her career.