In a nod to the '90s, Drake dons 'Breaker High' sweatshirt at Raptors game 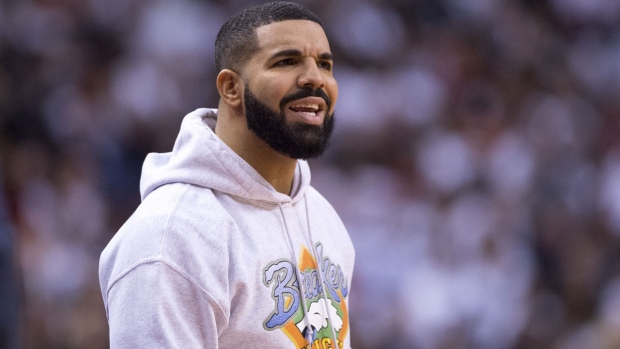 Rapper Drake wears a "Breaker High" hoodie as he watches the Toronto Raptors play the Philadelphia 76ers during NBA playoff action in Toronto, Tuesday, May 7, 2019. THE CANADIAN PRESS/Frank Gunn

The Toronto rapper, who recently surpassed Taylor Swift's record for the most wins at the Billboard Music Awards, wore a sweatshirt with the logo for "Breaker High" at Tuesday's Toronto Raptors game.

The late-1990s series was filmed in Burnaby, B.C., and set at a high school on a cruise ship.

Of course, Drake himself is also a former teen TV series star, having played Jimmy Brooks on "Degrassi: The Next Generation."

Drake, who is an ambassador for the Raptors, sat courtside as the team beat the Philadelphia 76ers 125-89.