Jeremy Renner says he broke 30-plus bones in snowplow mishap 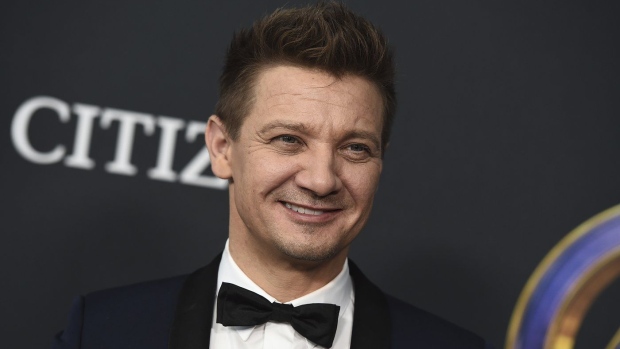 Renner, 52, said earlier that he is recovering at home from what Nevada authorities say were serious chest injuries he suffered when he was run over by his 7-ton Pistenbully snow groomer while helping free a relative's car on a private road near Lake Tahoe.

In social media posts Saturday, Renner expressed “much love and appreciation” to people for their “messages and thoughtfulness.”

“These 30 plus broken bones will mend, grow stronger, just like the love and bond with family and friends deepens,” he wrote.

Earlier, in a response to a Twitter post Monday about his Paramount+ series “Mayor of Kingstown,” Renner said that “Outside my brain fog in recovery, I was very excited to watch episode 201 with my family at home.”

The two-time Oscar nominee also plays Hawkeye in Marvel's “Avengers” movies and has a recurring role in the “Mission Impossible” franchise.