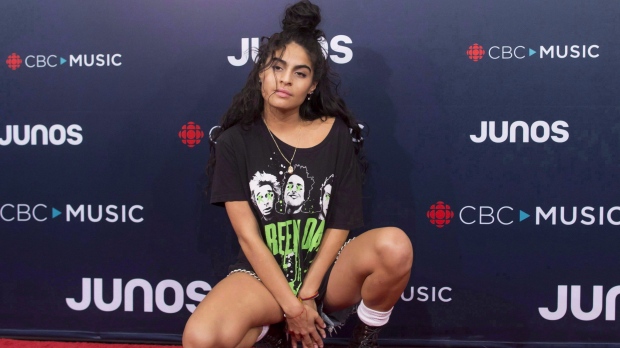 The massive desert music festival, which happens over two April weekends in Indio, Calif., has booked more than a dozen homegrown acts, including several established names and a few newcomers.

Among the marquee performers is Jepsen, who's coming off her acclaimed 2019 album “Dedicated,” and Caesar, who recently released his second studio project, “Case Study 01.”

Reyez, who competes for her first Grammy later this month, takes the stage after pausing for much of last year to nurse a herniated disc.

Other notable Canadian acts include electronic producer Deadmau5, who is pegged to play DJ sets under his techno persona Testpilot.

And Dan Snaith, better known as Juno-winning musician Caribou, is scheduled for multiple appearances. He'll perform both as Caribou and under his disco-funk infused alter-ego Daphni.

Coachella also marks a return for Duck Sauce, the side project of Montreal producer A-Trak and Boston-born Armand Van Helden that's been on a break for more than five years. The pair rose to fame with their 2010 dance floor hit “Barbra Streisand.”

The Coachella music festival runs from April 10 to 12 before repeating the same lineup for a second weekend running from April 17 to 19. This year's headliners include Rage Against the Machine, Travis Scott and Frank Ocean.