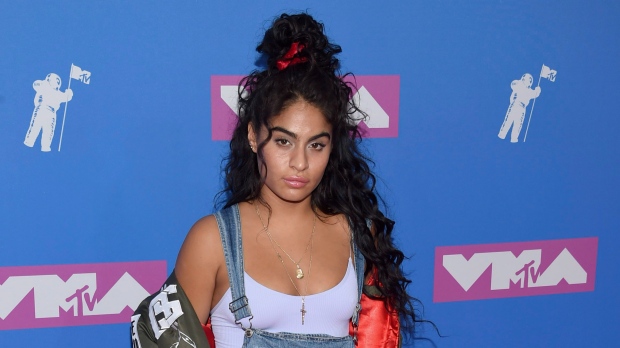 Jessie Reyez is sitting out a performance at this year's Ottawa RBC Bluesfest as she heals from a recent leg injury.

Organizers for the 10-day music event say Reyez has been told to stay off her feet after hurting herself last month at another music festival.

The Toronto singer was originally booked to perform at Bluesfest on July 10 as part of a lineup that included American rapper Logic.

"Unfortunately, Jessie Reyez was injured during a recent performance and has been advised not to fly or perform for the next few weeks in order to heal properly," Bluesfest organizers said on Twitter.

Last month, Reyez shared a photo on Instagram of her frowning while sitting in the grass with a bag of ice against her leg.

"Busted my knee giving my guitar away today," the two-time Juno Award winner said with a hashtag for the Firefly Music Festival in Delaware.

Reyez will have several weeks off to mend since her schedule is clear of tour dates until the Squamish Constellation Music Festival in B.C. (July 27), Osheaga in Montreal (Aug. 2) and Riverfest in Elora, Ont. (Aug. 16).

Ottawa's Bluesfest runs through July 14 with performances by the Killers, Wu-Tang Clan, Backstreet Boys and Alexisonfire.