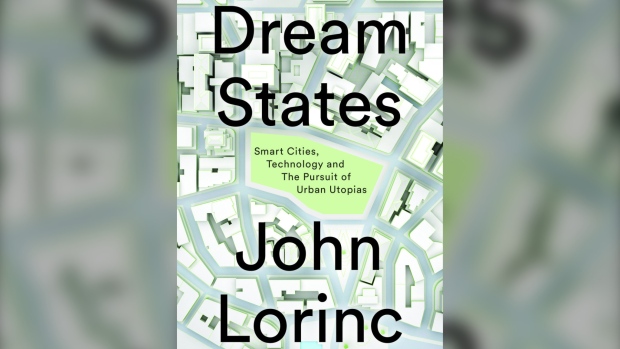 TORONTO - The Writer's Trust of Canada has named freelance journalist John Lorinc the winner of this year's Balsillie Prize for Public Policy for his book on the future of city-building.

Lorinc received the $60,000 honour at a private dinner in Toronto on Tuesday for “Dream States: Smart Cities, Technology, and the Pursuit of Urban Utopias,” published by Coach House Books.

The book unpacks the promise of tech-fuelled smart cities, examining cases from around the world.

In their citation, the jury said the Toronto writer “offers a framework for thinking about the future of urban living” in a pandemic-altered world that's in the midst of a climate crisis.

The runners-up, who each receive $5,000, include: “The Last Doctor: Lessons in Living from the Front Lines of Medical Assistance in Dying,” co-authored by Dr. Jean Marmoreo and Johanna Schneller, published by Viking Canada; Kent Roach's “Canadian Policing: Why and How It Must Change,” published by Delve Books; “Reconciling Truths: Reimagining Public Inquiries in Canada,” by Kim Stanton, published by UBC Press; and Vaclav Smil's “How the World Really Works: The Science Behind How We Got Here and Where We're Going,” published by Viking.