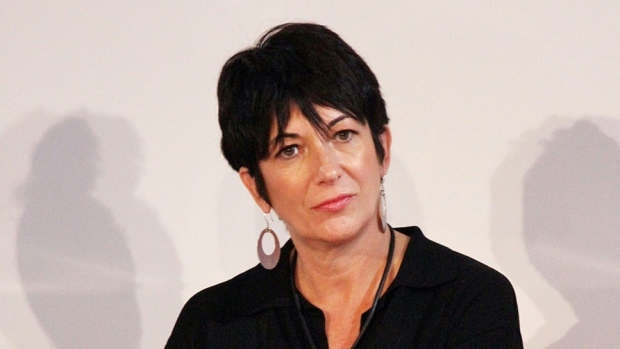 NEW YORK - Transcripts of interviews lawyers conducted with the ex-girlfriend of the late convicted sex offender Jeffrey Epstein must be released by Thursday morning, a judge said Tuesday.

U.S. District Judge Loretta A. Preska's order allows the public release of transcripts of two days of depositions in 2016 of British socialite Ghislaine Maxwell and related documents, along with the deposition transcript of an anonymous accuser.

The judge briefly permitted the immediate release of the transcripts but reversed herself after an attorney for Maxwell made a late plea to delay the release. The lawyer cited objections to some redactions and said Maxwell had not had decided whether to further appeal an appellate ruling. Preska gave lawyers on each side until 9 a.m. Thursday to confer and release the transcripts.

The 2nd U.S. Circuit Court of Appeals in Manhattan had ruled Monday that Preska properly decided that the public had a right to access documents from legal proceedings and that transcripts should be unsealed because arguments by Maxwell's lawyers were meritless.

The depositions were taken as part of a lawsuit brought against Maxwell by Virginia Roberts Giuffre. Giuffre had accused Maxwell of aiding Epstein in the abuse of Giuffre before she was an adult. The lawsuit was eventually settled.

Lawyers for Maxwell, 58, had argued that the documents reflecting seven hours of interviews over two days should remain sealed, in part to protect her right to a fair trial in July on charges that she helped Epstein traffic and sexually abuse teenage girls in the 1990s.

They noted that portions of the transcripts relate to perjury charges in the indictment she faces. She has pleaded not guilty.

Maxwell has been incarcerated since her arrest in early July. If convicted, she could face up to 35 years in prison.

Meanwhile, prosecutors filed papers late Tuesday to insist that 40 pages of materials and 40 pictures related to women abused by Epstein after the period addressed in the indictment should not be released to defence lawyers until eight weeks before trial.

“The premature revelation of this information would give the defendant the opportunity to interfere with the Government's investigation before it is complete. Such information could allow her to contact and intimidate witnesses, destroy evidence relevant to the investigation, or alert other targets of the investigation,” prosecutors wrote.

Maxwell's lawyers have argued that the materials could be important to her defence and should be turned over sooner.

But prosecutors said showing the Maxwell was not part of the abuse of some women could not be used to argue she did not join the abuse of minors from 1994 to 1997.

“The Government has not charged Maxwell with being Jeffrey Epstein's `madam' and `principal facilitator of his abuse,”' they wrote.

Maxwell's arrest came a year after Epstein, 66, was arrested and charged with sex trafficking. He killed himself in August 2019 at a federal jail in Manhattan where he was awaiting trial without bail.

In 2008 in Florida, Epstein pleaded guilty to state charges of soliciting and procuring a person under age 18 for prostitution. He spent 13 months in jail, paid settlements to victims and remained a registered sex offender.