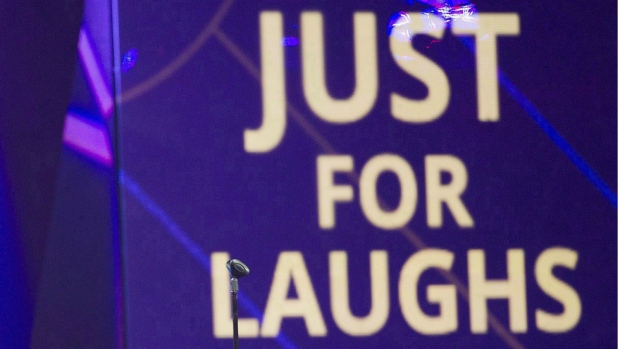 The logo for 'Just for Laughs' is seen at the P.K. Subban All-Star Comedy Gala at the Just for Laughs comedy festival in Montreal on Monday, August 1, 2016. THE CANADIAN PRESS/Graham Hughes

MONTREAL - Just For Laughs organizers say there will be a mix of virtual and in-person events at this summer's comedy festival.

A spokeswoman says plans include scaled-back live shows in Montreal, as well as satellite performances in New York City and Los Angeles.

The standup shows will be streamed online for free, but hardcore comedy fans can pay to access premium content including the career-making “New Faces” showcase for up-and-coming comedians.

Coy says all programming will abide by Quebec's COVID-19 measures, and more details will be revealed by the end of June.

This report by The Canadian Press was first published May 5, 2021.