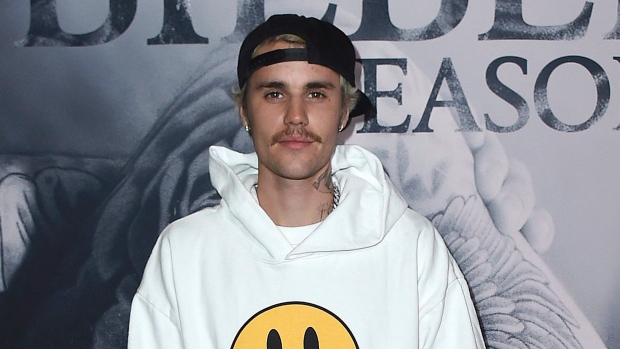 NEW YORK - Justin Bieber has announced new dates for his previously scheduled 2020 tour, which will now take place next summer.

The Justin Bieber World Tour was originally planned to begin in May but was postponed because of the coronavirus pandemic.

The 45-date tour will kick off next year on June 2 in San Diego, with 19 new dates added.

The three new Toronto dates are July 3, 16, and 17 at Scotiabank Arena. Those tickets go on sale Aug. 6.

“I can't wait to get out there and connect with my fans on this tour,” Bieber said in a statement Thursday. “We've been through so much this year. More than ever, we've come to understand how much we need each other, and how meaningful these moments can really be.”

Kehlani and Jaden Smith, who were originally scheduled to support Bieber on the road, will not be part of the tour. New supporting acts will be announced at a later date.

A dollar from each ticket purchased will be donated to the Bieber Foundation.